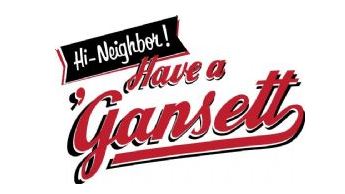 As New England’s biggest ‘neighbor’, ‘Gansett is thrilled to introduce their award-winning beer to New York City’s enthusiastic communities of beer fans, from Coney Island and Columbus Circle to Williamsburg and Washington Heights. Both Narragansett Lager & Light, as well as the brewer’s winter craft offering, Porter, are currently available in a number of New York bars including Professor Thom’s, Union Hall, Rattle and Hum and Good Beer as well as Whole Foods and Trader Joe’s.  Narragansett’s additional craft brews, Bock, Summer, and Fest, will be offered seasonally in the spring, summer, and fall respectively.

“Narragansett’s expansion into New York is an exciting step for our company as we look to accelerate the growth momentum we’ve built over the past five years,” states Narragansett CEO Mark Hellendrung. “Supported by a solid team of business partners and New York-based ‘Gansett fans, we’re optimistic the brand’s rich character will be well received by the city.”

First brewed in 1890 by the “Original Six” team of founders, an entrepreneurial group of German immigrants, Narragansett was the largest brewer and top selling beer of New England for decades. During its glory days, the Cranston, Rhode Island brewery produced almost two million barrels of beer per year and employed roughly 850 workers.  As the official beer of the Boston Red Sox for more than three decades, the brands ubiquitous slogan “Hi Neighbor! Have a ‘Gansett”, became well known to audiences far beyond New England through nationwide sports broadcasts.

Due to a series of acquisitions starting in the 1970s, relocation of ‘Gansett’s production to Indiana, and the eventual demolition of the original brewery in 1995, the brand quickly lost its market share along with its unique character.

In 2005, Mark Hellendrung, former President of Nantucket Nectars, was introduced to Narragansett after asking for something with a ‘little more character’ in a Newport, RI bar. That year, he and a group of enthusiastic investors purchased the rights to the company, and, ever since, have been working to rebuild the ‘Gansett name, creating the foundation necessary to reestablish Narragansett as a beloved brand once again.

Since that time, the company has marked major business milestones and gained much national acclaim for its family of straightforward, high-quality beers. Recent accolades include the World Beer Cup Bronze Medal for Best Lager, being named #1 Premium Lager by Beer Advocate, and beating out Sam Adams and Sapporo as Best Lager in the 18th Annual Great International Beer Festival.