Come by Burial for three brand new releases perfect for your Thanksgiving table.
The Ocean Swallows the Sun is our modern Gose, soured the hard way, using oak barrels to age the beer on our house lactobacillus. Brewed with our own blend of sea salts, this sea worthy vessel is christened with Hibiscus and rose hips imparting floral notes and a sunrise rose hue. Bottle conditioned in 500ml bottles.

The Triumph of Death is our annual sumac Saison made with NC barley, wheat and rye. Fermented with house mixed culture and aged upon heaps of North Carolina Sumac. A blend of 60% steel fermented saison and 40% foudre-aged saison. Bottle Conditioned in 750ml bottles.

Ulfberht Baltic Porter makes its debut in 16oz cans. Forged from German and British malts, fermented on juniper berries and traditionally lagered, the result is a mildly spiced but highly aromatic black lager with an ever-present aroma of chocolate, licorice, and roasted nuts. 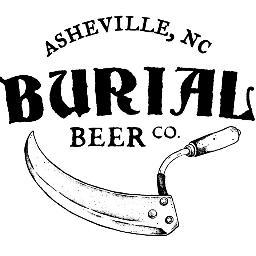