Deschutes Brewery is bringing its pop-up pub of epic proportions to Chicago’s Logan Square. The ultimate craft beer block party, this 400-foot custom bar will be pouring beers from 60+ taps, including local guest taps from Revolution Brewing, BuckleDown Brewing and Hopewell Brewing. At each of its national stops, Deschutes Brewery works with local nonprofits to raise funds and gives 100% of the proceeds to aid their mission. In Chicago, Deschutes Brewery has teamed up Alliance for the Great Lakes and Logan Square Preservation.

Not only will there be a huge selection of Deschutes Brewery beers flowing from the Street Pub’s multitude of taps, but there are some culinary delights in the works for all the foodies out there. Deschutes Brewery’s corporate executive chef, Jeff Usinowicz, is teaming up with local chefs Charlie Eure of Revolution Brewing and other special guests to create some dishes that complement the many beers being served.

Local, live music from Chicago Afrobeat Project, Swift Technique, Bailiff and Railway Gamblers will help to round out the festivities. VIP TICKETS AVAILABLE at https://www.deschutesbrewery.com/events/streetpubchicago to get exclusive access to rare beer tastings led by one of our brewers. 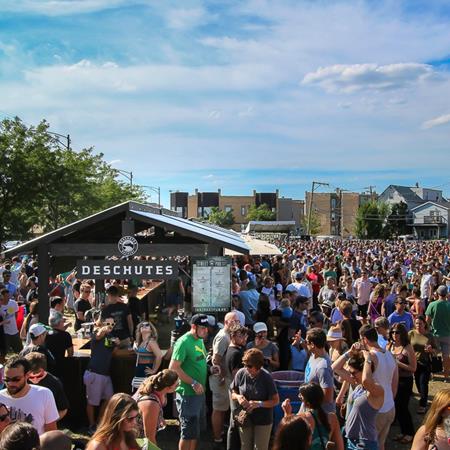