Join us and Timberland on Saturday, November 14 for a full night of live music, partying, and plenty of Brooklyn Brewery beer

Join us and Timberland on Saturday, November 14 for a full night of live music, partying, and plenty of Brooklyn Brewery beer. Howl along with Deafheaven, joining us fresh off the release of their new album New Bermuda to bring their glorious cacophony to Austin. Openers Tribulation will be visiting from Sweden to get you your fix of melodically gloomy Scandinavian death metal. Let us know you're coming and start preparing to be blown away.

Deafheaven is a California-based act that has garnered acclaim for their signature hybrid sound of black metal, shoegaze, and post-rock. Their last album, Sunbather, received accolades from NPR on their Favorite Albums of 2013 list, a coveted Best New Music at Pitchfork, the Best Metal Album of 2013 per Rolling Stone, a 9/10 star review from Decibel Magazine, and it was the highest rated album of 2013 according to Metacritic. Their newest album, New Bermuda was released on October 2 on ANTI- to immediate rave reviews, including a 9/10 and "Best New Music" from Pitchfork. 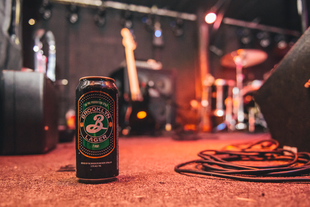 Hosted By:
The Brooklyn Brewery