Flying Dog CEO Jim Caruso told Brewbound that his company, ranked no. 32 on the BA’s list of largest domestic craft breweries, had cut ties on June 1 even though it had paid its membership dues through June 2018. He made the decision after the BA announced policy changes during the annual Craft Brewers Conference in April.

The new policy prevents brewers’ from using the BA’s intellectual property after winning medals at the Great American Beer Festival and World Beer Cup. It was put in place, in part, to snuff out offensive labels and to limit how those companies are able to promote their winning beers.

“This sort of policy is nothing more than a thinly veiled side door to censorship,” Caruso said. “It’s anti-free enterprise. It’s interfering with their competitors’ business. It’s thinking for consumers. Americans hate thought police, and they hate censorship.” 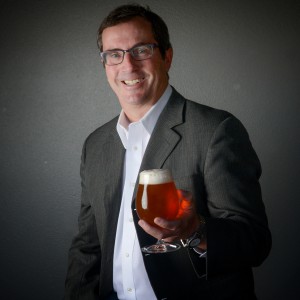 BA CEO Bob Pease told Brewbound that the organization was “disappointed” in Flying Dog’s decision to withdraw from the organization. However, Pease defended the policy changes as “reasonable” and “responsible.”

“The BA and its members absolutely support the First Amendment,” he wrote in an email. “Invoking the First Amendment in this instance is misplaced and inaccurate. The Brewers Association has no intention nor ability to censor any market initiatives by any brewing industry member.”

However, Caruso told Brewbound that he views the changes as “nothing more than attempting to bully and intimidate craft brewers into self censorship.”

“Self censorship is a particularly vicious tyranny of silence because people tend to over censor,” he said.

Caruso said he asked the BA to reconsider enacting the policy but realized the organization was intent on implementing the changes. He then informed BA CEO Bob Pease of Flying Dog’s decision to end its membership and followed up with a six-page letter that outlined reasons for his company’s departure.

Caruso said Pease “assured” him that the BA had no issue with any of Flying Dog brands, which include labels such as Raging Bitch as well as sexually explicit, innuendo-laden brands such as Doggie Style Pale Ale and Pearl Necklace Chesapeake Stout. However, those assurances were not merely a case of agreeing to disagree, but “a fundamental disagreement on a core principle,” Caruso stressed.

Asked about brand names that consumers may consider offensive in Flying Dog’s portfolio, Caruso replied: “The question is, ‘offensive to whom?’”

“Everybody has something subjective,” he said. “There is a free market, and it’s as much a marketplace of ideas as it is products, and over time … good products survive and bad products disappear off the shelves. That’s how it works.”

Caruso said such a policy creates a “chilling effect” on speech. For example, a new brewery attempting to differentiate itself from the more than 5,400 beer companies now operating in the United States may talk themselves out of using “a clever, witty name that might have a double entendre” for fear of running afoul of the BA’s policy.

Part of the BA’s efforts to crack down on offensive labels also included the formation of a three-person “Advertising Complaint Review Panel,” aimed at addressing member complaints. The findings of reviews are published on the BA’s website.

Caruso characterized the panel as a “tribunal,” and called the review process “creepy.”

“Three people are making the decisions for fifty million craft beer consumers,” he said. “You actually have a system where you go online and complain about your competitor. What reality are they living in?”

BA leaders “have completely lost sight of the purpose for the Association” and should be focusing their attention on issues such as nutritional labeling, the fight for market share with wine and spirits, the challenges coming from big brewers, softening of craft beer sales and winning new consumers, Caruso argued.

“The brewers on the BA board of directors and BA management are there to serve the industry,” he said. “They’re not there to think for consumers and make sure they only have BA-approved choices. They’re not there to interfere with their competitors and tell them how to run their businesses. There are big issues in the industry, and that’s what they should be focused on.”

This isn’t the first time that Flying Dog has taken a stand on First Amendment rights. The brewery lodged a federal challenge in 2009 against the state of Michigan, which had rejected the brewery’s Raging Bitch label and other labels using the word “bitch.” In 2015, Flying Dog won the case and was awarded six-figures in damages, which Caruso said were used to create the First Amendment Society, a nonprofit educational advocacy group.

Caruso said his company will take the “tens of thousands of dollars” that it spends annually on its BA membership and related activities such as GABF, CBC and SAVOR and double it in a donation to the First Amendment Society.

“This is not a small issue for us,” Caruso said. “We are the freedom of speech brewery.”