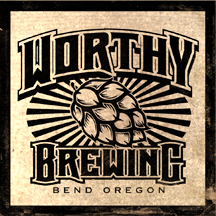 Bend, OR – As cold weather approaches, Worthy Brewing Company is releasing their winter ale, Powder Keg for the first time on Thursday, November 14. This redhued festive IPA is loaded with hop flavor and aroma. Pine and citrus hop characters are balanced by a generous dose of crystal malts. This “winter warmer” will be an aggressive, yet balanced favorite for the holiday season.

Powder Keg Winter Ale comes in at 7.1% ABV with 65 IBUs. The limited release of 22 ounce bottles and kegs will be distributed by Columbia Distribution in Oregon and select draft only accounts in Seattle, Washington.