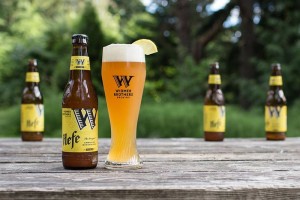 PORTLAND, Ore. — Memorial Day weekend is the unofficial start to summer and Widmer Brothers Brewing is kicking it off this year with two craft beers perfect for the warm months ahead: The Original American Hefeweizen and the brewery’s summer seasonal, Citra Blonde Summer Brew.

Kurt and Rob Widmer, co-founders of the 30 year old brewery, first brewed their version of Hefeweizen — the brewery’s flagship unfiltered wheat beer — in 1986. At the time, they unknowingly created a new beer style: American Style Wheat; and since then, the award winning Hefe has helped elevate the 30 year old brewery to national acclaim and has become a favorite among beer drinkers across the country. Hefe is light and citrusy, and at less than 5 percent alcohol by volume (ABV), it is the perfect beer for summer.

In addition to serving Hefe this summer, Widmer Brothers is bringing back Citra Blonde Summer Brew this year. Citra Blonde is Widmer Brothers’ unique interpretation of a golden ale brewed with Citra hops, giving the beer a pronounced citrus aroma and bold hop flavor. The beer is balanced with soft malt notes and a medium body. This smooth sipper is great for a Memorial Day BBQ, and at 4.4 percent ABV, can be enjoyed all day.

Both releases are available nationally; Hefeweizen is available year-round and Citra is a seasonal release available from now through August. Please visit www.widmerbrothers.com for more information.

About Citra Blonde Summer Brew
Citra hops lend their name to this interpretation of a golden ale. But that’s not all they bring to the party. Their striking citrus aroma and thirst-quenching flavor are the perfect pairing for soft malt notes. Together they create a beer that’s full in flavor and uniquely refreshing.