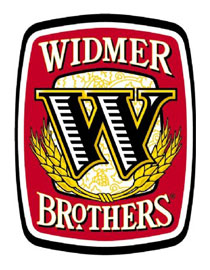 PORTLAND, OR – With the cold-weather months just around the corner, Widmer Brothers Brewing is releasing four beers to help you warm up with a cold one. The new beers offer a range of flavors, colors and textures meant to satisfy your thirst after a cold day on the slopes or a day spent lounging by the fire.

“As we head into fall and winter, our brewers start thinking about rich, complex beers that warm from within,” said Rob Widmer, co-founder of the brewery. “We have some new brews with unique flavor profiles that fit the bill, like our chocolaty SXNW ale and our roasty Milk Stout. We’re also bringing back some brewery favorites with Brrr, our seasonal Northwest red, and Barrel Aged Brrrbon ’12, our latest vintage release.”

SXNW (South by Northwest) is the latest release in the Widmer Brothers Brewing limited-edition Brothers’ Reserve series, which showcases the brewery’s innovation in craft brewing. Inspired by brewmaster Joe Casey, who once called New Mexico home, SXNW highlights the flavor and character of the American Southwest, yet is brewed in true Northwest fashion. SXNW emphasizes the best of both regions, resulting in ale that is dark and complex, layered with chocolate, pecans and cinnamon spice, and underscored by subtle chili heat. SXNW is available in 22-ounce bottles and on draught in limited quantities.

Milk Stout is a complex new brew with a rich roasted malt character accentuated by a silky smooth mouth feel. The addition of milk sugar lends a touch of complementary sweetness to the otherwise assertive American style stout; Cascade hops help balance the beer while enhancing the aroma and flavor. Milk Stout is part of Widmer Brothers’ Series 924, representing the brewery’s address and place where brewers are dedicated to crafting the perfect pint. Milk Stout is available on draught, in four-packs of 12-ounce bottles and in 22-ounce bottles.

Barrel Aged Brrrbon ’12 is the third installment in Widmer Brothers Brewing’s Alchemy Project, a vintage dated beer series that repeats year after year and features handcrafted beers to be enjoyed now or cellared and aged for up to several years. Brrrbon ’12 goes through a secondary fermentation as it ages in Kentucky bourbon barrels and then undergoes a tertiary fermentation for final conditioning. The final brew offers notes of toasted oak, vanilla and bourbon, a subtle malt sweetness, and a dry, hoppy finish. Brrrbon ’12 is the third vintage of the seasonal favorite, which was initially released as part of the Brothers’ Reserve Series in 2010, and is available on draught and in 22-ounce bottles in limited quantities.

Brrr Seasonal Ale, first brewed in 2006, is back again as Widmer Brothers Brewing’s winter seasonal. Its deep red color gives way to a citrusy hop aroma and flavor, while caramel and chocolate malts mingle to provide a perfectly balanced, malty-sweet flavor and velvety finish. Brrr is available on draught, in 22-ounce bottles and in six and 12-packs of 12-ounce bottles.

What started as a dream for two ordinary brothers who just loved beer has now become a reality for two ordinary brothers who still just love beer. Kurt and Rob Widmer helped lead the Pacific Northwest craft beer movement in 1984 when, in their 20s, they dreamed of brewing unique interpretations of traditional beer styles. In 1986, Widmer Brothers Brewing introduced the first American-style Hefeweizen; today, the unfiltered cloudy beer is the company’s signature brew and one of the best-selling wheat beers in the country. Based in Portland, Ore., the brewery currently brews a variety of beers including its Rotator IPA Series, Drifter Pale Ale, Nelson Imperial IPA, a high-end Brothers Reserve Series and a full four seasonal lineup. For more information about Widmer Brothers Brewing, visit www.widmerbrothers.com.