“I’m thrilled to introduce our beers to the state of Texas,” said Texas state sales manager, Todd Ewing. “The craft beer scene is already great, and I cannot wait to help it to continue to grow.” 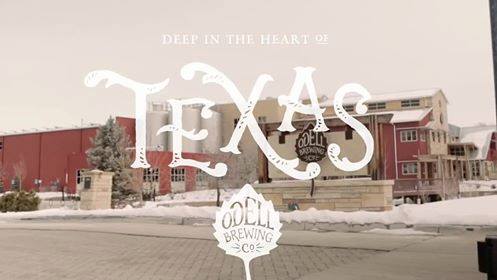 Launching a state the size of Texas would not have been possible prior to the brewery’s recently completed expansion. This will be the first new market for Odell Brewing in over two years. The new brewhouse and additional fermentation vessels will provide the brewery much needed capacity to accommodate the Texas demand. Odell Brewing plans to bring its IPA, 90 Shilling, Seasonal Offerings including St. Lupulin, Four Pack offerings such as Myrcenary, as well as its limited release Cellar Series offerings.

The brewery has a full week of launch events planned all over the state, including a special tapping at Pinthouse Pizza in Austin, which was started by friend and former Odell Brewing brewer Joe Mohrfeld. Joe teamed up with Odell’s head of production, Brendan McGivney, to brew a collaboration beer that they once brewed together at Odell Brewing. “T.A.P. TX” honors that original recipe, but brings it into the culturally relevant Session Ale realm with just as many hops but a slightly lower ABV. “T.A.P. TX” is a very hoppy Session Ale brewed with a blend of hops selected by the pair as well as Colorado grown barley that is hand malted by Branden Aide at his new Austin, TX based micro-maltster, Blacklands Malt.

T.A.P. TX will be available exclusively at Pinthouse Pizza beginning February 24th at 7 p.m. Both Brendan and Joe will be on hand to talk about brewing this collaboration beer. 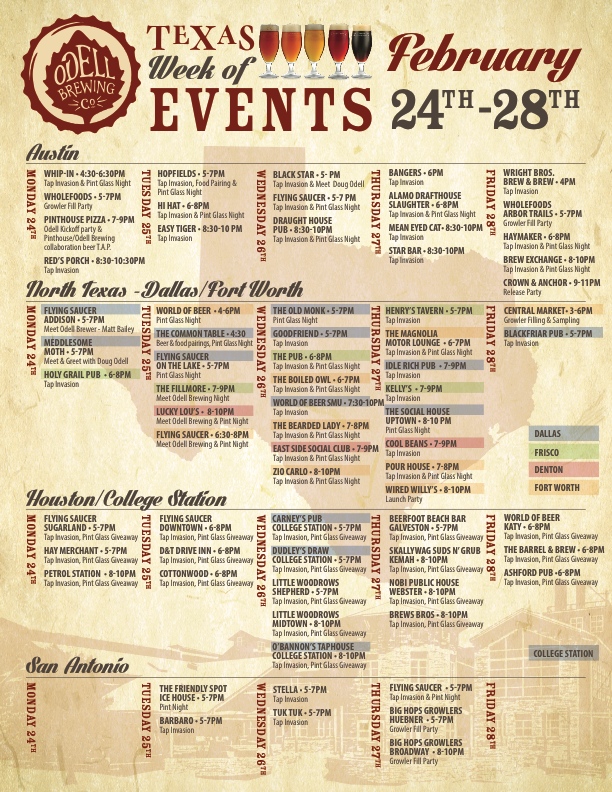