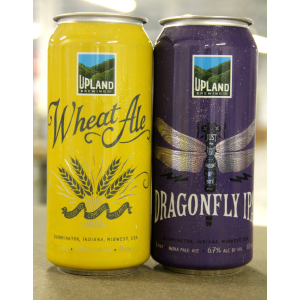 Bloomington, IN — Upland Brewing Co. announced today that Wheat Ale and Dragonfly IPA will be released in 16oz. cans throughout central Indiana at the end of August. We started canning in March of this year with Campside Session IPA and we’re thrilled to add our flagship brews, Wheat Ale and Dragonfly IPA, to our can lineup. Our brewers are excited about adding more craft cans to our production and offering a product that can easily travel with you on all of your adventures. Cheers!