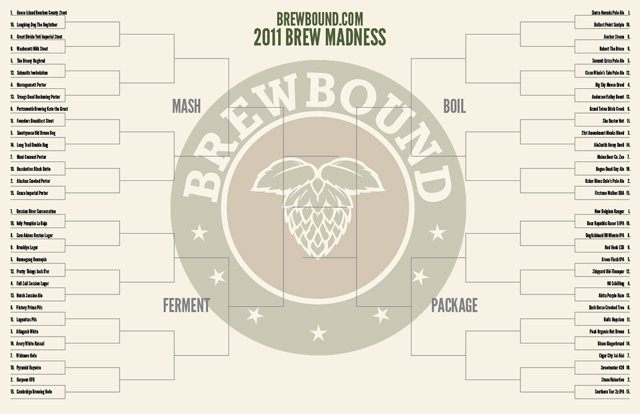 BOSTON – Brewbound.com’s ‘Brew Madness 2011’ is heating up, and craft beer fans everywhere are voting for their favorite brews.

After one full day voting, some front-runners have emerged and some barn-burners are in the works. Below is a list of the more noteworthy match-ups.

Fans looking to vote have until the end of day, Friday, March 18th, to help their favorite brews advance out of the first round. Second round voting will take a break over the weekend and resume Monday, March 21st.

Craft beer lovers can vote using the link below.