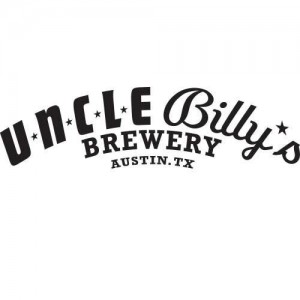 Austin, TX — Uncle Billy’s Brewery & Smokehouse, a popular local brewpub located in the heart of Austin’s restaurant row on Barton Springs Road, will more than double its current brewing system, effectively tripling its brewing capacity. One of the largest brew pubs in Texas, the expansion will accommodate a new 20 barrel Criveller system, providing an annual capacity of approximately 5,000 barrels of craft beer.

In addition to the new 20 barrel brewery, expansion plans will include renovations to the restaurant, including a new indoor/outdoor island bar with 360 degree service and expanded seating. Uncle Billy’s is also introducing its new Smokehouse Menu featuring a variety of newly created smoked seafood options, in addition to offering a number of food and beer pairings.

Hans Johnson has been brewing/commissioning and consulting with new and existing breweries for over 20 years. He has “brewed on everything from showroom breweries with all the bells and whistles to cobbled together dairy equipment held together with duct tape and desperation.”

Brad Mortensen has been brewing professionally since 1996. He served as brewmaster at Legend Brewing Company in Richmond, Virginia for over 7 years followed by brewing for the country’s largest brew pub group at Rock Bottom in Nashville, Tennessee. The duo formed Grain to Glass Consulting in 2014 to “help breweries take their businesses to the next level.”

Johnson and Mortensen’s next task will be to identify a world class, award winning Head Brewer to take over the reins at the expanded Uncle Billy’s brewery. With construction underway and a high demand for Uncle Billy’s craft brewed beers, 2014 is a year of exciting changes for Uncle Billy’s Brewery & Smokehouse.

tract included the renowned Barton Springs, Uncle Billy’s offers the perfect combination of award-winning, hand-crafted beers and delicious, slow-smoked Texas barbeque. Whether you’re catching a game, entertaining clients or kicking back and enjoying a band on the expansive, shaded outdoor patio, your stay at Uncle Billy’s will be as original as Austin itself. Uncle Billy’s is located at 1530 Barton Springs Rd, Austin, TX 78704. Telephone 512.476.0100. Website: http://unclebillys.com.