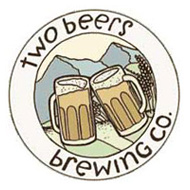 SEATTLE — Just in time for colder weather, Two Beers Brewing is excited to announce the release of two flavorful winter seasonals, as well as the addition of a new Seasonal Series for packaged products. As the first beer of this new series — offering a new seasonal beer in 22-ounce bottles each quarter — Two Beers Brewing will release its new The Hearth Winter Warmer, hitting shelves throughout the Pacific Northwest beginning November 29. Also being released for winter is the growing brewery’s coffee-infused Jive Espresso Stout, now available on tap and sure to bring a little warmth to these dreary days.

“The Hearth is a very unique beer for us and the perfect choice to kick off our new Seasonal Series, which will allow us to offering our fans and craft beer lovers something new and unique every season,” said Joel VandenBrink, Two Beers Brewing founder and head brewer.

A new style for Two Beers Brewing, The Hearth is a delicious mahogany-colored winter warmer spiced with cloves, allspice, cinnamon and orange peel, offering a 7.2 percent ABV and 32 IBUs. This delicious beer has also been aged on wine-soaked toasted oak chips — a first for the brewery — giving it a smooth, distinctive finish. Available in 22-ounce bottles at retailers throughout the Pacific Northwest beginning November 29, The Hearth will be available through January 2013.

Jive Espresso Stout, a favorite among Two Beers Brewing fans, returns for its fourth year on the Two Beers Brewing winter tap list. Brewed with fresh and locally roasted espresso beans from Kuma Coffee, this tasty beer features strong and steady malt tones mixed with a subtle coffee and chocolate nose, coming in at 5.6 percent ABV and 20 IBUs. On tap now at The Woods tasting room, Jive Espresso Stout can also be found on tap at select bars, restaurants and bottles shops throughout the greater Seattle area through February 2013.

Two Beers Brewing will continue to distribute its five year-round offerings this winter, as well as a host of packaged products. In addition to The Hearth, craft beer enthusiasts can pick up Evolutionary (Evo) IPA and Heart of Darkness Imperial CDA in 22-ounce bottles. Additional 22-ounce bottles will be released throughout the year as part of the brewery’s Seasonal Series on February 1, May 1, August 1 and November 1. Also available are Two Beers Brewing’s 12-ounce cans — sold in six-packs at select retailers throughout Washington, Oregon, Northern Idaho and Alaska — featuring Evo IPA, Persnickety Pale Ale, Immersion Amber and Trailhead ISA.

Two Beers Brewing Co. — makers of Evolutionary IPA and a host of Northwest-inspired beers — began operations in a small Seattle basement in 2007. Today, Two Beers Brewing produces twelve unique beers including five year-round, seven seasonals and a host of intricate infusions in its 4,800-square-foot SoDo brewery. Two Beers Brewing can be found in Seattle-area bars and restaurants, with tastings kegs and growler fill-ups available at their tasting room located at 4700 Ohio Ave. S. (Unit A) in SoDo, open weekly Tuesday — Friday from 3 p.m. to 8 p.m. and Saturdays from 1 — 6 p.m. Select brews can also be found in 22-ounce bottles and 12-ounce cans through the tasting room, as well as local retailers in Washington, Oregon, Alaska and Northern Idaho. With a strong belief in supporting the local economy, Two Beers Brewing takes pride in using Washington ingredients to create all of its handcrafted beers. For more information, visit www.twobeersbrewery.com.