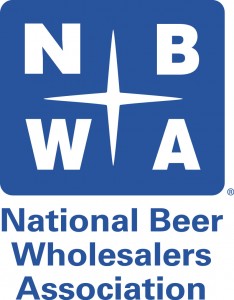 “The STOP Act is an integral part of the fight against underage drinking because it ensures that federal, state and local governments have tools and information they need to prevent alcohol purchase and consumption by those who are not of legal drinking age,” said NBWA President & CEO Craig Purser. “Reauthorization of the STOP Act is necessary to increase and better coordinate federal support for state efforts in the fight against underage drinking and to reaffirm the effective state-based regulation of alcohol.”

The STOP Act, which became law in 2006 with NBWA’s support, notes that alcohol is different than other consumer products and is best regulated by the states, consistent with the 21st Amendment:

Alcohol is a unique product and should be regulated differently than other products by the States and Federal Government. States have primary authority to regulate alcohol distribution and sale, and the Federal Government should support and supplement these State efforts.

Additionally, the STOP Act highlights health and safety concerns related to underage drinking and provides funding for state initiatives to address such problems. The legislation authorized a national media campaign, new grant programs and research to combat underage drinking. It also formally established and funded the federal Interagency Coordinating Committee on the Prevention of Underage Drinking (ICCPUD), chaired by the U.S. Department of Health and Human Services, to help coordinate the various federal agencies involved in alcohol issues.

The STOP Act has received broad bipartisan support, and it marked the first time in recent history that Congress and the executive branch joined together to coordinate activities to fight underage drinking. When it was originally introduced in 2006, STOP was supported by the licensed beverage industry, alcohol control organizations and the public health community.

“The STOP Act is a solid example of the great things that can be accomplished when groups with different agendas work together to achieve a common goal,” added Purser.