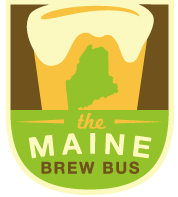 PORTLAND, ME – The Maine Brew Bus, a 14 month old brewery tour company, has added numerous events for the 2013 edition of Portland Beer Week. Two traveling progressive beer dinners, a tour of three breweries that have yet to open, and a home brew tour have been added in addition to their normal weekly tour schedule.

The first traveling beer dinner is Tuesday November 5th. It will feature Bunker Brewing Company and the trio of Portland restaurants Sonny’s, Local 188, and Salvage BBQ and Smokehouse. Chresten Sorensen head brewer/owner of Bunker and Jay Villani chef/owner of the restaurants will both be along for the ride for this four course beer pairing dinner.

The second dinner is Wednesday November 6th. It will feature Rising Tide and three of Portland’s newest beer centric restaurants: Outliers Eatery, Little Tap House, and Portland & Rochester Public House. The dinner will conclude at Rising Tide for a beer and Love Cupcakes pairing. Stasia Brewczynski of Rising Tide will be joined on the tour by noted beer and cheese expert Ruth Miller.

Both dinners are limited to only 14 guests for an intimate and memorable inside look into the food and beer we love, and the chance to dine with the people behind it.

The New Boys on the Block tour on Thursday November 7th will visit three breweries that are not yet open to the public and each are at three different stages of development. The tour begins at Rising Tide before heading out to visit Bissell Brothers Brewing, Foundation Brewing Company, and Austin Street Brewery. At each stop guests will learn what it takes to go from home brewer to pro, and hopefully taste some beers yet to hit the market.

The final tour, The Zymurgy Home Brew Tour on Saturday November 9th, will visit some of Portland’s best home brewers to see their all-grain systems and sample their unique beers. The tour will be lead by Shonee Strickland, an up and coming professional brewer in Southern Maine.