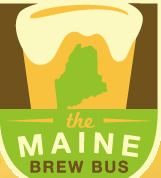 PORTLAND, Maine — The Maine Brew Bus provides all-inclusive trips on a former school bus nicknamed “Lenny” that all feature food, tours and tastings at a number of area alcohol beverage producers. Started just one year ago, the popular tour company rated by TripAdvisor users as the #1 Activity in Portland, ME was founded by city residents Zach and Allison Poole.

They have announced that due to popular demand their summer tour schedule will continue through October, with 5 different types of tours on Thursdays, Fridays and Saturdays.

On Thursdays the bus will alternate between York County breweries two weeks a month, and visiting leaders of Maine brewing on the Dirigo Trail tour on the other Thursdays. Friday guests will enjoy beer and other craft made libations — such as spirits, kombucha, cider and mead — on the Local Pour Tour. Saturdays will see continuation of their most popular tour, The Casco Fiasco. Later on Saturdays people can jump on the Beast of the yEast tour to explore the vibrant beverage culture of East Bayside neighborhood in Portland

Cruise ship excursion tours are new to the company this fall. If the ship visit is not on a day of tour operation, then a special tour called the “Best of Portland” will meet visitors to Portland right on Commercial Street and bring them to two breweries and a distillery. This will provide people from all over the world an opportunity to have a unique tour and taste of Portland. And they will still be back to the Old Port with time to enjoy a Maine lobster dinner.

Private tours have proven very successful as well, as guests enjoy the inclusive nature of the Maine Brew Bus tours to keep a group entertained. In the past month 8 different groups have booked private tours through the company,

Corporate outings have also been a hit, a recent outing with Portland based Garbage to Garden served as the one year anniversary for the curbside composting company.

Zach Poole says that nearly 20 other breweries have at least some plans to start up in Maine over the coming months. Some are imminently due to open, there is even one building in Portland — 1 Industrial Way — that will feature three different new breweries opening by 2014. “There will be many new places for our tours to visit, and great new beverages to try out”, said Poole.

The Maine Brew Bus is growing in year two, they are looking to provide different tour stops in the future as new breweries open their doors. They also look to add locations such as Southern York County, Central Maine, and the Greater Bangor where there are a cluster of producers to tour. Their goal is to provide tours to more of the whole State of Maine in the coming year.