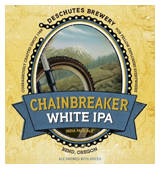 By spreading its footprint in supermarkets and convenience stores, craft beer continued its strong growth in 2012, seizing a greater share of the beer category.

A significant factor in this growth, Wandel said, was the continued success for craft in October, November and December, or what he calls “the OND period.”

Successful new offerings served as another key factor in craft’s continued growth last year. While the actual level of innovation with these products is debatable, the sales figures were undeniable.

“I’m here to tell you today that the beer category really answered the call and stepped it up in terms of innovation,” Wandel said.

More coverage of the Power Hour seminar will be posted tomorrow.