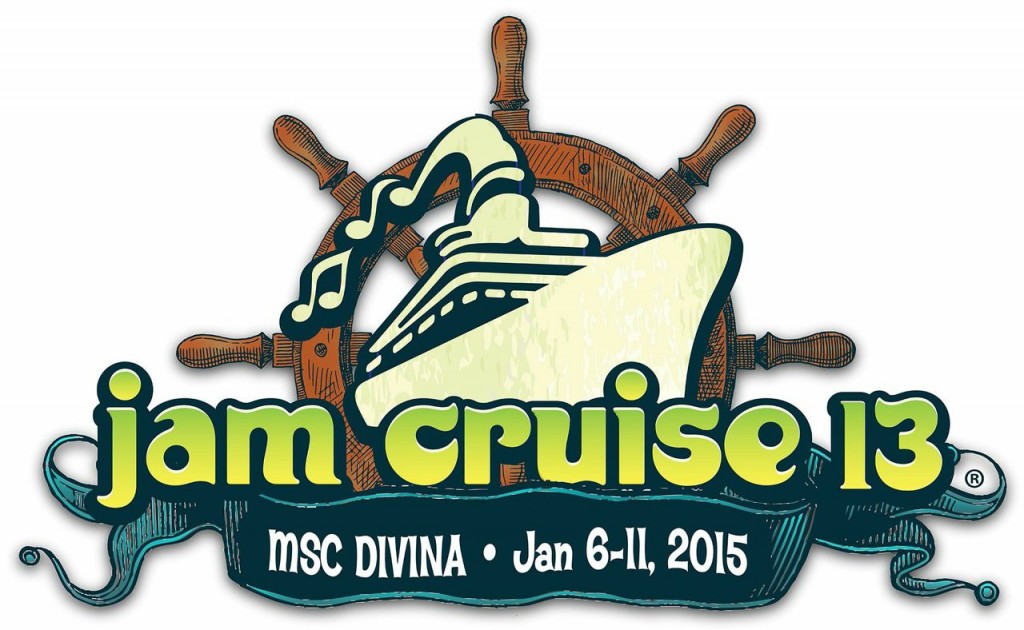 August 26, 2014 — Jam Cruise, South Florida’s music cruise leader, announced Tuesday that SweetWater Brewery will join as the official craft beer sponsor of Jam Cruise 13. This partnership marks a long-term and ongoing relationship between the two innovative companies, who first joined forces in 2004. Having recently expanded into the South Florida market, SweetWater is one of the leading craft breweries in the Southeast, ranked among the top 20 nationwide according to the Brewers Association.

With Jam Cruise 13 sailing out of Miami, craft beer fans and music fans alike can expect a handful of local events in South Florida music venues leading up to the cruise, kicking off with SweetWater Presents the Official Jam Cruise Pre-Cruise Show featuring The Revivalists & The California Honeydrops at The Stage Miami on January 5. SweetWater will also be hosting The Road to Jam Cruise – a first-ever series of live performances touring the region this fall featuring some of the Jam Cruise 13 artists including:

SweetWater will lead the way with its lip-smackin’ lineup on board with the Jam Cruise Brews at Sea program, which will also feature a lineup of beers from fellow craft-breweries from around the country. SweetWater helped Jam Cruise pioneer the Brews at Sea program in 2007, which has grown to include 10 taps installed as mobile beer stations throughout the ship exclusively for Jam Cruise music fans to enjoy. The program also includes interactive brewers’ workshops and a Brews at Sea Fest where fans can meet brewers, sample small-batch brews and enjoy various tastings and giveaways.

Celebrating its 13th sailing, Jam Cruise will feature a handful of additional experiences including the Music Masters Camp at Sea, autograph signings with performers, panel discussions, interactive workshops, Yoga at Sea, a late-night chef series and artist-hosted experiences. Jam Cruise continues its commitment to collaboration and inspiration with The Jam Room and Piano Sets, two standards that fans have grown to love. The SweetWater Solar Stage will have performances both day and night — all powered by the natural energy of the sun as the ship sails across the Caribbean.

SweetWater and Jam Cruise are sharing the love too. The duo will be launching online contests allowing fans to enter-to-win free cabins aboard the cruise. Keep an eye on both companies’ Facebook pages in the coming weeks for more. For another chance to win, fans can look for SweetWater at the Great American Beer Fest (GABF) in Denver this October to snag tickets to SweetWater Brewery & Jam Cruise Present The New Mastersounds GABF After Party at Cervantes Masterpiece Ballroom on October 4-5.

Cabins are on sale now. Visit www.jamcruise.com for all of the details, or to purchase Road to Jam Cruise tickets. For more information on SweetWater Brewing Company and its lineup of brews, visit www.sweetwaterbrew.com.

ABOUT JAM CRUISE: For well over a decade, Jam Cruise has been delivering a musical experience like no other. Featuring the top acts in the live music scene, Jam Cruise revolutionized the fan experience by blending the community, spontaneity and good times of live music with the convenience, luxury and adventure of cruise travel. Jam Cruise is full of moments that music fans simply cannot get anywhere else. That’s what has kept fans coming back again and again for over twelve years. Travel services, marketing, and brand management for Jam Cruise 13 are provided by Cloud 9 Adventures, the industry leader who helps bring fans a growing list of concert vacations on cruise ships and at all-inclusive resorts including Holy Ship, Panic en la Playa (feat. Widespread Panic), My Morning Jacket’s One Big Holiday, Mayan Holidaze, Strings & Sol and more to come.

ABOUT SWEETWATER BREWING COMPANY: Living by the motto “Don’t float the mainstream,” SweetWater Brewery has been blazing its own path in craft beer throughout the Southeast since its inception in 1997. With a brewer calling the shots, quality of beer—and life—are always most important in crafting a lineup of lip-smackin’ brews. Widely known for its flagship 420 Extra Pale Ale, SweetWater also serves up an ever-evolving Catch & Release seasonal lineup of brews and an off-beat, one-off Dank Tank series. SweetWater invites folks to join them for tours and tastings of their Atlanta brewery every Wednesday through Sunday. Visit www.sweetwaterbrew.com for more info about SweetWater, or hang out with your social thang out by following SweetWater on Twitter/Instagram @sweetwaterbrew, or on Facebook at facebook.com/sweetwaterbrew. And always remember; drink ‘em if you