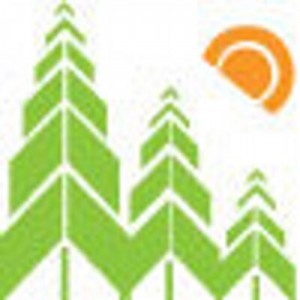 This scenic fall tasting experience will include over thirty five of the “Who’s Who” in micro breweries and brewpubs from Connecticut and beyond. The band Poor Gordon will provide musical entertainment and a selection of grill foods, side dishes and snacks by Avon Prime Meats will be available for purchase.

“Ski Sundown’s fall brewfest is the perfect location, during the perfect season, and the best Connecticut brewfest of the year. This brewfest has grown along with the Connecticut Brewers Guild and our state’s beer scene and is truly an enjoyable time for the Cambridge House Brew Pub and all the Connecticut brewers. Everyone should come on out to the mountain on September 20th and enjoy an afternoon with their local brewers,” says Scott Riley, owner of the Cambridge House Brew Pub in Granby, and the CT Brewers Guild Treasurer.

A portion of the event proceeds will benefit the Connecticut Brewer’s Guild, a non-profit organization dedicated to supporting the craft beer industry in Connecticut.

“Events that support the CT Brewers Guild, like the beer fests at Ski Sundown, are helping the Guild fund initiatives like our mobile app that will help make the CT Beer Trail even more accessible for mobile device users once released. Bottom line, if you attend events like this, you’re also supporting the state’s craft beer community,” said Bryon Turner, founder of the CT Beer Trail. Members of the CT Beer Trail’s “Trail Blazer Club” will enjoy a special price for tickets purchased at the door when they display their membership cards, just another way Ski Sundown supports the state’s craft beer community.

Tickets are on sale now, and may be purchased online by midnight Friday, September 19, 2014 at skisundown.com for $30. Tickets will be sold for $35 at the door. Tickets purchased in advance will be available for pick up at the will-call table. You must be 21 or older to attend and a photo I.D. is required. Tickets include unlimited tastings, a free event tasting cup, live music, Beer Tasting 101 class by “The Beer Snob,” Will Siss, and other entertainment. Designated driver tickets are available for $20, and include complimentary water and soda. The event will be held rain or shine and ample, free parking is available.

Participating Brewers include, but not limited to:

For updates to the list of brewers and brewpubs participating in the event and for more information, visit skisundown.com or the Ski Sundown facebook page for updates. Or, call the Welcome Center at 860-379-7669. Ski Sundown is located at 126 Ratlum Road, off Routes 44 & 219 in New Hartford, CT.