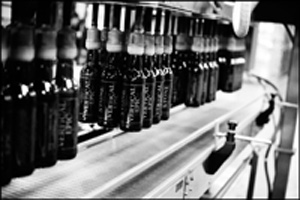 ESCONDIDO, CA – Stone Brewing Co. has released Stone 11.11.11 Vertical Epic Ale, the penultimate installment of its legendary series. Begun on February 2nd, 2002 (02.02.02), these bottle-conditioned ales have all been Belgian-influenced, but they share little else in common, with each year’s release revealing its own twist and turn in the plotline.

Each beer is unveiled one year, one month and one day from the previous year’s edition, with all of them designed to be aged until sometime after 12.12.12, at which point they can all be enjoyed during an epic “vertical” tasting. This year’s recipe starts with a base beer akin to a Belgian amber, and is tweaked with the addition of mild but flavorful Anaheim chilies from New Mexico’s Hatch Valley and cracked cinnamon sticks.

“Stone 11.11.11 Vertical Epic Ale is NOT your typical chili beer!” explains Brewmaster Mitch Steele. “The famous mild green chilies from the Hatch Valley in New Mexico add layers of delicious flavor with a very mild heat component. And the cinnamon doesn’t dominate the beer’s flavor by any means, instead adding a subtly complex spice note that blends amazingly well with the Hatch chilies and the banana esters present from the yeast.”