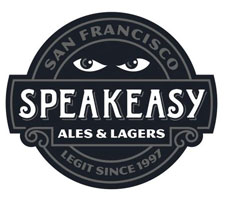 San Francisco, CA — Speakeasy Ales & Lagers is celebrating it’s 17th year of brewing craft beer in San Francisco with a huge party. This year’s party will be the biggest yet, featuring a Monster music stage, food from 5 local restaurants, and the release of two rare new beers.

The party will feature unlimited tastings of Speakeasy’s flagship beers as well as some rare and experimental brews. It will be the first chance to try this year’s anniversary hop monster known as Blind Tiger Imperial IPA, as well as the highly anticipated Syndicate No. 02—a special Bourbon Barrel-Aged Vintage Ale from Speakeasy’s barrel- aging program. Blind Tiger & Syndicate No. 02 will be released for the first time at the party and available for purchase in 22 oz. bombers to take home.

Proceeds from the event will benefit SF Made and the organization’s efforts supporting local manufacturing in San Francisco. The party will take place at Speakeasy’s brewery at 1195 Evans Ave., San Francisco, CA from 1pm-6pm. More details will be released on Speakeasy’s website at goodbeer.com

The party will take place at Speakeasy’s brewery at 1195 Evans Ave., San Francisco, CA on Saturday June 28th, from 1pm-6pm.

Since 1997, a wily band of bootleggers were inspired to bring their exceptional brews from the underground to the masses, defiantly producing small batches of beer in a secret warehouse in San Francisco. Starting with a single, iconic beer—Prohibition Ale—Speakeasy now brews a wide array of acclaimed beers including Big Daddy IPA, Payback Porter, Double Daddy, Scarface Imperial Stout and many more. Now distributed across the entire West Coast and major markets across the country, Speakeasy has grown by leaps and bounds, yet still produce many of their beers on the same hand- cranked, steam-fired brewhouse that started it all.