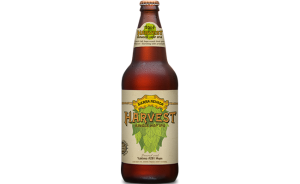 Chico, CA—Sierra Nevada Brewing Co. continues to champion whole-cone hops with its 2014 Harvest series whose five large-format (24-ounce) IPAs will showcase newly developed hop varieties and explore diverse hopping methods: single hop, fresh hop, wet hop, and wild hop. The first beer, a single hop IPA shipping nationwide next week, features the unnamed hop 291, which seesaws between intense floral aromas and notes of blueberry and black pepper. Another single hop IPA, as well as fresh hop (Southern Hemisphere Harvest┬«), wet hop (Northern Hemisphere Harvest┬«) and wild hop IPAs, round out the lineup. Sierra Nevada always hunts for rare and exciting hop flavors, and the Harvest series offers a year of sampling some of the brewery’s pioneering beers and latest hop discoveries.“I’ve long been enamored with the aromatics and flavor of whole-cone hops, and breeders and growers are in craft’s corner pushing the limits of an ingredient that brings all of us—brewers and drinkers—a lot of excitement,” said Ken Grossman, Sierra Nevada’s founder. “Our Harvest series is a fun glimpse at the future of hops, and it’s something we hope to repeat each year with bold new varieties.”

Sierra Nevada is also plotting its second annual Single, Fresh, Wet & Wild Harvest Festival in Chico, Calif., where brewers from across the country pour a selection of their beers that include at least one single hop, fresh hop, wet hop, or wild hop beer. After the festival’s inaugural showing in fall 2013, Celebrator Beer News said it “became a major ‘must attend’ beer celebration in its first year.”

“Craft brewers everywhere are marching hop flavor forward,” Grossman said, “and it’s that collective passion and ambition we want to elevate through events like Single, Fresh, Wet & Wild and beer projects like Harvest that create great experiences for new and seasoned craft drinkers.”

Southern Hemisphere will be the second beer in the Harvest series, released in May. It uses fresh hops from New Zealand, where the annual hop harvest occurs during our spring. Details about the 2014 Single, Fresh, Wet & Wild Harvest Festival are expected this summer.