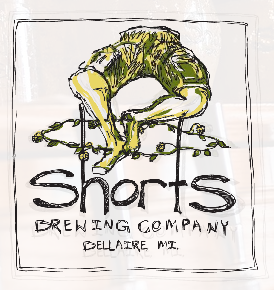 This commitment by Short’s Brewing Co. to support renewable energy development and reduce carbon emissions has an impact similar to removing 57 cars from the road for a year or planting 7008 plant seedlings and growing them for 10 years.

In addition to its renewable energy commitment, Short’s Brewing Co. sustainability efforts include:

“We’re thrilled to be able to take another significant step towards improving the way we consume electricity,” says Matt Gacioch, Sustainability Specialist at Short’s Brewing Co. “Combined with recent energy-saving upgrades to our facilities and practices, we see RECs as a contributing factor in leaving a more positive impact on the natural world that Short’s calls home.”

Renewable Choice Energy is a leading national provider of renewable energy credits (RECs) and verified emission reductions (VERs) (carbon offsets) to hundreds of Fortune 500 Companies and small businesses, thousands of residential customers, and over 1000 LEED green building projects in the U.S. Founded in 2001, Boulder-Colo.-based Renewable Choice and its clients have received prestigious awards from the EPA and DOE for supporting and expanding the renewable energy market and have been featured in hundreds of media outlets including The New York Times, Wall Street Journal, CNN, USA TODAY, and more.

In April of 2004, Short’s Brewing Company opened its doors in the quaint village of Bellaire, MI. Beer was the mission, liberation was the movement. The philosophy was (and continues to be) to bring an appreciation of craft beer to Michigan with product education and creativity. Over nine years later, Short’s is the fourth largest craft beer producer in the state of Michigan with bottle and keg distribution throughout the Great Lakes State. Believing in the power of the smallness, Short’s plans to continue focusing its energies close to home and supporting what it calls the “SBC Michigan Stimulus Package”.