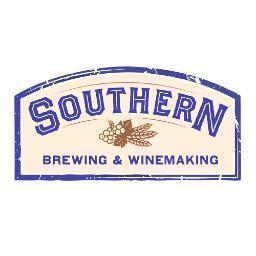 TAMPA, FL — On Friday, June 20, the head brewers from Southern Brewing & Winemaking (Southern) and Florida Avenue Brewing Co (Florida Ave) came together to brew a new beer to be released at a neighborhood market called Seminole Heights Market at Southern.

“Since the market is centric around Seminole Heights locals, we wanted to do a collaboration with another Seminole Heights brewery and Florida Ave was happy to team up with us,” stated Brian Fenstermacher, head brewer and owner of Southern.

Despite being located in the same neighborhood for three years, this is the first time the two breweries have come together to brew a beer.

The idea for the beer came from something Aaron Barth, Florida Ave’s head brewer, has had turning around in his mind for some time. “Saisons are good summer beers, and the idea of adding maple syrup has been stuck in my head recently,” stated Barth.

The two brewers wanted to brew something that would be good for summer, but was also a unique interpretation of a less common style and would represent the philosophies of both breweries.

The brew uses 100% real maple syrup. 40 gallons total were brewed, 10 of which will be aged on 100% Brett Troy for 4-5 months, and the other 30 gallons will be released at the Seminole Heights Market at Southern on July 13th. This brew will be part of a special line-up of beers that will be available at a discounted price to attendees that purchase a special event glass.

About the Seminole Heights Market at Southern

Southern has teamed up with Seminole Heights Sunday Morning Market for Seminole Heights Market at Southern — a series of three markets through the summer. ÔÇ¿ÔÇ¿The Market will be held on the 2nd Sunday of each month and will begin starting this coming July 13th and will return on August 10th and September 14th. The market will run from 11am – 4pm, and will offer space to 30 local vendors who sell a mixture of agricultural & farm related products, take home foods, ready to eat foods, local art and hand crafts.

Southern will have special event glassware for sale at the markets. For just $5 a glass, the event glassware will get attendees discounts on beer for the July, August, and September markets.

The market will be hosted on site at Southern Brewing in Seminole Heights and is pet friendly, open to all ages, and free to attend. Markets will run rain or shine.