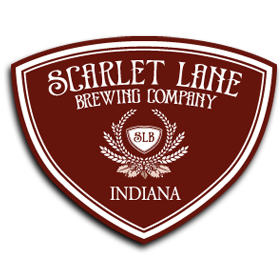 A long-time friend to Scarlet Lane, Sothras will relocate to Indiana mid-November. Eilise Lane, CEO/Brewer and Sothras have previously brewed together while Lane was in brewing school at the American Brewers Guild. Sothras brings a wealth of talent and experience to the Indiana brewing community and will immediately become a partner in the Scarlet Lane Brewing Company LLC. Sothras will be joining Eilise Lane, Doug Sheets, Nick Servies and a primarily female investment team in the management and operation of the business.

Ninkasi Brewing and Scarlet Lane continue to have a close working relationship. “We are stoked for Simon on his new role with Scarlet Lane, and look forward to opportunities to collaborate down the road!” Nikos Ridge, CEO Ninkasi Brewing Company

Simon officially began his role as Head Brewer on October 31, 2014. Sothras has a passion for Northwest style ales and is specifically interested in barrel aging, IPA development, barley wines and imperial stouts.

Scarlet Lane distributes its kegs through Zink Distributing, Boone Beverage and a self-distribution territory to service the Central Indiana region.

Scarlet Lane Brewing Company was launched in May 2014 in McCordsville, Indiana. Owners/Founders Eilise Lane, Doug Sheets and Nick Servies are Indiana natives. Head Brewer and Partner Simon Sothras is a Chicago native with experience in wine making and brewing. The Company operates as a female owned business with majority female interest and investment in the Company. Scarlet Lane produces three flagship beers, Dorian Stout, Vivian Red IPA and Lenore Pale Ale, as well as, a rotation of Seasonal and Specialty Beers. You can find Scarlet Lane beers throughout the Indianapolis and surrounding areas.