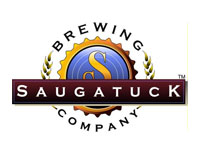 DOUGLAS, MI— Saugatuck Brewing Company has entered into a distribution agreement with Louis Glunz Beers, Inc. and will be offering product throughout metro Chicago beginning this month.

This adds to the existing distribution of the full state of Michigan. To celebrate the launch, SBC will be hosting promotions and “tap takeovers” in various Chicago craft beer pubs during the week of Sept. 24. SBC recently underwent its third brewery expansion in less than 12 months, more than doubling their brewing capacity during this period.

Saugatuck Brewing Company is a microbrewery with a family friendly pub/restaurant, complete with outdoor seating and an upscale banquet room (“The Singapore Room”). Fifteen unique beer styles, all brewed in house, plus wine and hard cider are served daily in the Pub. “SBC” also distributes eight styles in 6 and 4-packs, plus kegs throughout Michigan and metro Chicago. The brewery features one of the only active brew-on-premise facility in Michigan, utilizing five copper kettles and an array of natural ingredients and recipes, for the public to become “Brewmaster for a Day.”