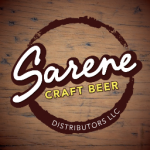 Founded in 2010, Knee Deep has been accumulating awards and wild fanfare ever since. Most recently, Knee Deep took home a silver medal at GABF 2013 for Belgo Hoptologist DIPA. Their focus on maintaining a creative outlook on brewing has allowed them to grow rapidly over the last few years, finally culminating in their New York introduction next week.

“I anticipate Knee Deep’s extensive portfolio, with particular excellence in hop-forward beers, will be welcomed with open arms by New York. Simtra, their flagship triple IPA, is a game changer.” Eric Schulman, Sales Manager/Owner of Sarene said. “The anticipation of the launch has been overwhelming. Knee Deep is poised for prolonged success in New York and it couldn’t happen to a better group of guys. Jerry, Jeremy and Andrew know what they’re doing and have a great vision for the brewery, it’s been fun building a relationship with them.”

Jerry Moore, CEO of Knee Deep added, “We are looking forward to working with Sarene Craft Beer Distributors to introduce our beers to New York. Both Sarene and Knee Deep are relatively young companies with a shared goal of providing high quality craft beer to New York.”