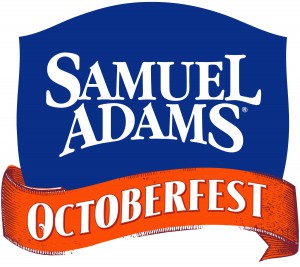 BOSTON — Craft beer fans can dust off their lederhosen and dirndl as Samuel Adams is bringing their highly anticipated OctoberFest back to beer gardens, Oktoberfest celebrations, bars and restaurants across the country. With its classic roasted malt character and sweet notes of caramel and toffee, the fall seasonal, which was first brewed in 1989, is now among the brewery’s most award-winning, beloved and sought-after beers.

Samuel Adams OctoberFest will be the only American Octoberfest style beer poured in Munich during the 2016 Oktoberfest celebration. The beer is a deep red amber, medium-bodied märzen-style lager with a rich malt complexity, light Bavarian Noble hop note and a smooth, sweet finish.

Samuel Adams National Stein Hoisting Competition is the pinnacle of autumn activities and will be held at hundreds of bars and at top Oktoberfest celebrations across the country. Feats of strength and agility are a common sight at Oktoberfest in Munich and since 2011 Sam Adams has been bringing this time-honored test of strength to the U.S., where hundreds of thousands people have competed across the country. The competition is exactly what it sounds like: competitors must hold a one-liter stein of OctoberFest straight out in front without bending their elbow or spilling any of the beer.

The top five male and female Stein Hoisting times nationally will win a trip for two to compete in the finals in Las Vegas on November 5, 2016. At Caesar’s Palace, the final hoist will determine the winners — one male and one female — who will reign as “America’s Stein Hoister of the Year” and win the Grand Prize of a trip for two to Oktoberfest in Munich in 2017. To find local Stein Hoisting competitions, visit SamOfest.com.

For those who prefer to hoist at home, Sam Adams is making it easy. Starting September 17th for two weeks, drinkers can compete in Samuel Adams’ inaugural 6-pack Online Hoist Challenge. Drinkers can grab a 6-pack and record their own video via Facebook Live of them hoisting the 6-pack and post publicly using #SamOfest, for a chance to win a trip to Las Vegas to watch the finalists compete and participate in the celebration. See complete rules at SamOFest.com.

For additional info and tips on how to start training for stein hoisting, competitors can visit www.SamOfest.com.

Tracking Down a Samuel Adams OctoberFest:

To find where Samuel Adams brews are sold near you, visit: http://www.samueladams.com/find-a-sam.

Samuel Adams and Sam Adams are registered trademarks of The Boston Beer Company.

Today, The Boston Beer Company brews more than 60 styles of beer. It relentlessly pursues the development of new styles and the perfection of classic beers by searching the world for the finest ingredients. Using the traditional four vessel brewing process, the Company often takes extra steps like dry-hopping, barrel-aging and a secondary fermentation known as krausening. The Company has also pioneered another revolution, the ‘extreme beer’ movement, where it seeks to challenge drinker’s perceptions of what beer can be. The Boston Beer Company has been committed to elevating the image of American craft beer by entering festivals and competitions around the globe, and is one of world’s most awarded breweries at international beer competitions. As an independent company, brewing quality beer remains its primary focus. Although Samuel Adams beer is America’s leading craft beer, it accounts for only one percent of the U.S. beer market. The Boston Beer Company will continue its independently-minded quest to brew great beer and to advocate for the growth of craft beer across America. For more information, please visit www.samueladams.com.