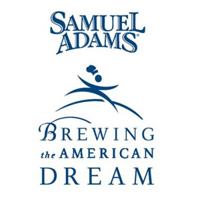 BOSTON – The Boston Beer Company today announced that its microlending and mentoring program, Samuel Adams Brewing the American Dream, will host its first speed coaching event in San Francisco. To date, the personalized expert coaching has helped more than 3,000 small businesses nationwide, and is designed to provide high-impact advice for small business owners in the food, beverage, craft brewing and hospitality industries.

The speed coaching event will be held Tuesday, June 11, from 7:00 p.m. to 9:30 p.m. at the HUB San Francisco (925 Mission Street). Attendees can participate in up to six 20-minute coaching sessions that address a variety of issues and are tailored to the business owners’ needs. For example, a participant with a social media question might meet with an e-commerce expert who can provide specific ideas and tools to help attract and retain customers digitally. Coaches include experts from Samuel Adams, Bay Area businesses, and the program’s microlending partner in San Francisco, Opportunity Fund. To attend the event, small business owners can register at http://samadamsbtadsf.eventbrite.com/#.

The speed coaching event immediately follows the national debut of the Brewing the American Dream “Pitch Room,” a new initiative to help participants practice and perfect the art of the sales pitch. Food and beverage small business owners in the Bay Area who apply and are selected to participate will work with Sam Adams employees and local experts, including Pat Krukof T-Bird Restaurant Group and Outback Steakhouse; Phil Jaber of Philz Coffee; Alexander Kvamme, founder of Seatme; Laura Markstein, owner of Markstein Distributing; Dave Dronkers, beverage consultant; and Haley Boles of Samuel Adams. The San Franciscan who makes the best “pitch” will receive a trip for two to advance to a final round in Boston at the end of the year, where they’ll compete for a $10,000 business grant and a series of personalized coaching and mentoring sessions from the Sam Adams team and the potential for their products to be sold at retail establishments of the various judges.To learn more and apply for the Pitch Room competition, go to http://bit.ly/pitchroom.

Working with nonprofit micro lender Accion and its various lending partners, including San Francisco’s Opportunity Fund, Brewing the American Dream has provided more than $2 million in micro-financing to nearly 240 businesses nationwide, coached more than 3,000 small business owners, and created or saved nearly 1,400 jobs. Food, beverage, and hospitality small business owners, including craft brewers, can apply for loans ranging from $500 to $25,000 for a variety of business purposes. Loan payments are recycled back into the fund to be used again to help other small businesses.

“I started Brewing the American Dream because so many small business owners still face the same hurdles I did almost thirty years ago,” said Jim Koch, brewer and founder of Samuel Adams beer. “They have passion and viable business models, yet often can’t get a bank loan because the amount is too small or they’ve been labeled as ‘too risky’ like I was when starting Sam Adams.”

Koch added that the goal of the program is to also provide participants with the nuts-and-bolts advice that he would have liked to have had when first starting out. “In many ways the coaching and mentoring is just as important as the money in terms of successfully running a small business,” he said.

Brewing Dreams in the Bay Area

“Brewing the American Dream offers a chance for entrepreneurs like Paul Cruce to receive the funding they need for their businesses, combined with great training and mentorship to make them really thrive. Holy Cow Coffee Company is going to take the coaching and run with it. I’m sure we’ll be seeing his truck at farmers markets all over the Bay Area,” said Eric Weaver, Opportunity Fund CEO.

About The Boston Beer Company:

The Boston Beer Company began in 1984 with a generations-old family recipe that Founder and Brewer Jim Koch uncovered in his father’s attic. Inspired and unafraid to challenge conventional thinking about beer, Jim brought the recipe to life in his kitchen. Pleased with the results of his work, Jim decided to sample his beer with bars in Boston in the hopes that drinkers would appreciate the complex, full-flavored beer he brewed fresh in America. That beer was aptly named Samuel Adams Boston Lager, in recognition of one of our nation’s great founding fathers, a man of independent mind and spirit. Little did Jim know at the time, Samuel Adams Boston Lager soon became a catalyst of the American craft beer revolution.

In seeking a partner for Samuel Adams’ Brewing the American Dream, The Boston Beer Company turned to Accion to facilitate lending to hardworking business owners seeking to grow. As the largest nationwide micro- and small business lending network in the United States, we connect small business owners with the accessible financing and advice it takes to create or grow healthy businesses. Since 1991, the five members of the Accion U.S. Network have collectively made over 46,000 loans, totaling over $360 million. Additionally, over 400,000 business owners across the nation have turned to Accion for financial and business advice via workshops, online tools, and one-on-one consultations. Globally, Accion (www.accion.org) is a pioneer in microfinance, reaching millions of individuals through its international network of partners. For more information visit us.accion.org.

Opportunity Fund (www.opportunityfund.com) is a not-for-profit social enterprise helping thousands of California families build financial stability. Their strategy combines microloans for small businesses, microsavings accounts, and community real estate financing. Now California’s leading microfinance provider, Opportunity Fund began based on the idea that small amounts of money and financial advice could help people make permanent and lasting change to improve their own lives. Since making their first loan in 1995, the team has deployed over $279 million and helped more than 15,000 low-income Californians. Opportunity Fund is a frequent collaborator with the Accion U.S. Network.