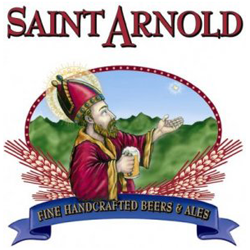 HOUSTON, TX – Saint Arnold Brewing Company (www.saintarnold.com), the oldest craft brewery in Texas, today reported record shipments of more than 40,000 barrels of beer in 2011. The year-over-year increase of approximately 9,000 barrels is roughly equivalent to what the brewery produced in all of 2004, representing a 29 percent boost in overall production. The 2011 production is equal to all of the beer produced by the brewery during its first 9 years (from 1994 to 2002). It was the biggest growth spurt since the brewery recorded a 30 percent increase in 2007.

“2011 was a busy year for us,” said Brock Wagner, founder/brewer of Saint Arnold Brewing. “It was our first full year at the newery and we finally had the capacity to brew some new beers that had been in the pipeline for a while. We also added fermenters and began several needed capital projects to try to keep our production capacity ahead of demand.”

Beers introduced in 2011 included year-round brews Santo and Weedwacker, special release Divine Reserve No. 11 and seasonal Pumpkinator and Sailing Santa, each of which was very well received by the craft beer community. Santo, a black K├Âlsch, is a light, refreshing yet dark and flavorful beer with attention-grabbing “Day of the Dead” style packaging by Houston artist Carlos Hernandez. Released in the final 10 weeks of the year, Santo was Saint Arnold’s number three seller during November and December.

“In the coming months we have more new offerings on tap, including Saint Arnold Endeavour, which will be the first double IPA in our year-round lineup, and Bitter Belgian, which extends upon our Moveable Yeast series,” said Wagner.

Saint Arnold Brewing’s production has increased 127 percent during the past five years.

Saint Arnold Brewing’s 11 brews are made and sold by the company’s staff of 38 dedicated employees. The brewery was listed by USA Today as one of the “10 great places to see what’s brewing in beer,” and Smart Meetings magazine named it among the “Top 5 breweries to host an event.” Saint Arnold is located at 2000 Lyons Avenue and its brewery tour and tasting is offered every weekday at 3:00 P.M. and Saturdays starting at 11 A.M. For more information on Saint Arnold’s six year-round and five seasonal beers as well as root beer, log on to www.saintarnold.com.