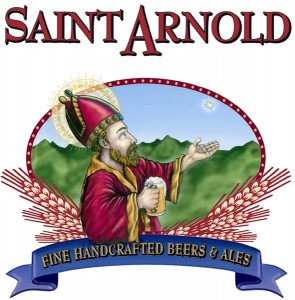 HOUSTON, TX — Saint Arnold Brewing Company, the oldest craft brewery in Texas, today reported record shipments of more than 58,000 barrels of beer in 2013. It was the third consecutive year that the brewery’s production has increased by approximately 9,000 barrels from the previous year, representing a 19 percent boost in overall production. Saint Arnold’s production has more than doubled since moving to its operations to its current brewery on the northern edge of downtown Houston in early 2010.

Saint Arnold Fancy Lawnmower Beer was the brewery’s top seller in 2013, followed by Amber Ale and Santo, a black K├Âlsch that was introduced in 2011 and won a World Beer Cup medal in 2012. When combined, the brewery’s lineup of seasonal beers sells more than any one year-round brew.

“As we head toward our 20th anniversary in June and reflect on how we got here, I couldn’t be more proud of what we’ve accomplished both in terms of the beer and food we provide and the role we’ve played in helping to encourage the community to embrace craft beer,” said Brock Wagner, founder/brewer of Saint Arnold Brewing. “We anticipate continued growth, but our priority is to continue brewing beers we love and building community wherever we go.”

In the coming months, Saint Arnold will add a brew kettle and transform its operation into a four vessel brewhouse. This will increase capacity from its current 90,000 barrels to approximately 240,000 barrels and accommodate production needs for the foreseeable future.

Beyond its regular lineup of high quality and flavorful beers, 2013 was a year of innovation and experimentation for Saint Arnold. The brewers rolled out four new barrel-aged beers in the Bishop’s Barrel series, Divine Reserve No. 13, four new beers under the Saint Arnold Icon label, as well as special releases of Saint Arnold Weizenbock and Saint Arnold Fresh Hop Ale. Additionally, Saint Arnold began distributing in Colorado and Florida in 2013, and opened the first kitchen in a production brewery in Texas, which serves lunch daily.

Houston remains Saint Arnold’s largest market, followed by Dallas/Fort Worth. San Antonio recorded 59 percent growth in 2013, making it the fastest growing market. Over the past decade, Saint Arnold’s production has more than quintupled.

Anticipation is already building for Saint Arnold Bishop’s Barrel No. 6, which features the popular Pumpkinator, an imperial pumpkin stout, aged in rum barrels. Next up in the Icon series is Icon Blue, Saint Arnold’s first Porter to be bottled.

Saint Arnold Brewing’s 16 brews are made and sold by the company’s staff of 52 dedicated employees. Ranked 45th on the Brewers Association list of top craft breweries, Saint Arnold was listed by USA Today as one of the “10 great places to see what’s brewing in beer,” and Smart Meetings magazine named it among the “Top 5 breweries to host an event.” Saint Arnold is located at 2000 Lyons Avenue and its brewery tour and tasting is offered every weekday at 3:00 P.M. and Saturdays starting at 11 A.M. For more information on Saint Arnold’s seven year-round and five seasonal beers as well as root beer, log on towww.saintarnold.com.