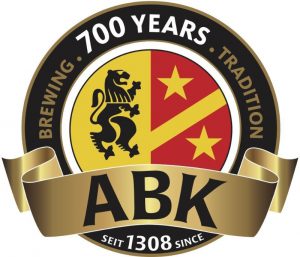 ABK, a leading worldwide beer brand continues to grow in its current US distribution in the US with National Distribution Company in Georgia, Best Brands in Tennessee, Chrissa Imports in Northern California, and Good Spirits in Nevada, among others.

As the distribution of ABK expands throughout the US, new beer style and packaging have been added to the ABK portfolio, including a Schwarz Black Lager and Edel on draft in recyclable kegs. These new offerings have joined the ABK flagship beer styles; Hell, Edel & Rose in bottled four packs and six packs.

ABK’s Hell & Edel Lagers are two of the most decorated beers in the history of beer brewing earning multiple medals from the World Beer Cup and The European Beer Star. ABK also offers a low alcohol Rose Beer produced with a blend of its Hell Lager and Organic Lemonade.

“We are thrilled to have found S.K.I Beer distributor in New York State who shares our enthusiasm in developing the ABK Brand in their valuable US market,” stated Jonathan Kendrick, Chairman of ROK Stars. “Aligning with this great beer distributor enables our retail customers and consumers to have access to 700 years worth of Brewing Tradition,” Added Kendrick, “We look forward to supporting our new Distributor in their efforts to increase selection, volume and exposure for the growing ABK Beer Portfolio.”