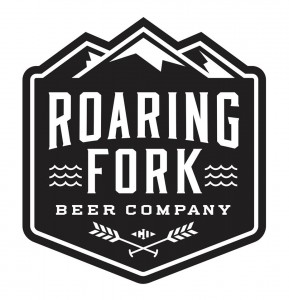 The Roaring Fork Beer Company is proud to announce the opening of its production brewery and tasting room, located less than one mile southeast of downtown Carbondale at 1831 Dolores Way, near Carbondale’s Park and Ride and Fold Community Kitchen. “Carbondale just felt like the perfect place to open this brewery. There’s sort of a vibrancy and funkiness to this town that really charges me up creatively and gets reflected in the type of unique beers that I like to brew. People here support and are excited about the local business scene, they are adventurous and outgoing, and it helps that they like to drink good beer.”

The new “brewer driven brewery” is the manifestation of head brewer and owner Chase Engel’s long time dream to open his own brewery and brew aggressive yet simple beers. “I decided to only focus on one or two flagship beers because I want to leave plenty of room for seasonal releases, specialty lines, and one-off batches. I’ve felt a bit creatively hampered in my previous brewing jobs because we HAD to have the same 5 or 6 beers out ALL the time. I have fun making new recipes, teaching people about different beer styles, and expanding their beer palette. I don’t like drinking the same beers all the time and I figure you probably don’t either. We want to brew outside of the box and without any sort of self-imposed limitations.”

The 3,000 square foot brewing facility will feature a 15 BBL Brewing System, hand crafted in Colorado by Bennet Forgeworks, and will start with a 2,000 BBL Annual Fermentation Capacity. RFBC will also include a 900 square foot tasting room next door at 1941 Dolores Way. The tasting room will include a front bar and seating area, as well as a barrel room in back to feature music and special events on certain nights.

RFBC’s boutique tasting room, set to open in early spring 2014, will focus on bringing you seasonal craft beers as well as homemade sodas and root beers in a family friendly atmosphere. The tasting room will feature pints, pitchers, take home growlers, exclusive tastings, brewery tours, special events, music, and more. We will showcase the character and artistic community of Carbondale by using furnishings made by our neighbors at Board by Design, and hosting a revolving local artist showcase. RFBC beers will be available throughout the Roaring Fork Valley in cans and on draft at bars and restaurants that serve craft beer. Stay tuned as we announce more information on the opening of the Roaring Fork Beer Company, your source for ‘better beer’. Website coming soon at www.RoaringForkBeerCo.com Find us on facebook at www.facebook.com/RoaringForkBeerCompany

Roaring Fork Beer Company was launched in 2013 by Chase Engel, a long time professional brewer with a dream of producing creative beers to match the changing seasons. From our home base in Carbondale, Colorado we brew and package exceptional beers for distribution throughout the Roaring Fork Valley. We are dedicated to producing fresh, approachable, and flavorful beers, while continuing to push the envelope with experimentation and barrel aging on a small batch scale.