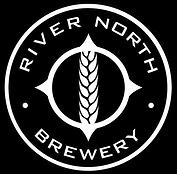 Denver, CO — River North Brewery has announced it will expand distribution into the Kansas City Metro area in September. By partnering with Central States Beverage Company, beer lovers on both sides of the Kansas-Missouri border will have the opportunity to enjoy River North’s acclaimed brews.

“Kansas City is the perfect fit for our first expansion outside Colorado,” Jessica said. “Kansas and Missouri are where Matt and I met and discovered our passion for great beer, so it just made sense.”

Kansas City will receive all seven of River North’s year-round brews, including award-winners River North White, Hoppenberg and J. Marie. In addition, the brewery will send limited amounts of its barrel-aged beers, the rarest and most sought-after bottles it releases.

“We could not be more excited to partner with River North Brewery in Kansas City,” Jordan Millam, Craft Beer Manager for Central States, said. “Matt and Jess craft interesting and challenging brews that the beer lovers in Kansas City are sure to appreciate.”

Since opening in February 2012, River North Brewery has garnered accolades for its style-bending brews, winning 17 medals in two and a half years from competitions across the country. Brewing in the RiNo district of Denver, River North focuses on yeast-centric beers with Belgian-style flair. Like the brewery on Facebook (facebook.com/rivernorthbrewery) or follow on Twitter/Instagram (@rivernorthbrew) for the latest insights.