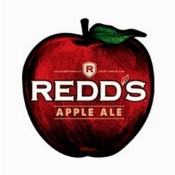 ALBANY, Ga. — Redd’s Apple Ale is daring the nation to branch out by announcing its national launch.

Redd’s Apple Ale is an apple flavored golden ale with low malty and bitterness cues. With a crisp clean finish that allows the natural apple flavor to come through, this ale is for those times when you are looking to try something different.

Redd’s Apple Ale’s launch will be supported by a national marketing campaign which includes advertising during the Super Bowl on February 3rd in select markets in the Great Lakes and Southeast regions. In addition, Redd’s advertising will also be seen and heard on ESPN as the official sponsor of ESPN Radio’s Super Week on shows likeMike & Mike, The Herd and The Scott Van Pelt Show; as well as across ESPN’s TV assets, such as NFL Countdown, NFL Live and NFL Super Bowl Kickoff.

Redd’s Apple Ale will be available in 6 and 12-pack bottles, 12-pack cans and 16 ounce single serve cans. Redd’s is 5 percent alcohol by volume and only 165 calories per 12 ounce serving.