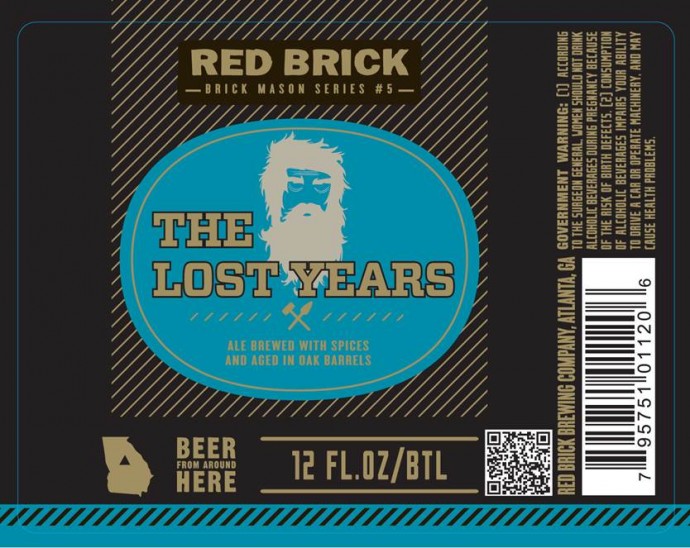 ATLANTA — The Lost Years, the 5th release of Red Brick Brewing’s distinguished Brick Mason Series, is an American Strong Ale brewed with spices and aged in Jim Beam, bourbon oak barrels. This copper colored ale gives off aromas of dark fruit and toffee. The taste of caramel and fruity esters are complimented by subtle spicing of orange peel and star anise, followed by hints of bourbon and oak, leading to a warm finish.

One of our biggest traditions is oak aging beer in celebration of our anniversary. In July 2012 we launched 17th Anniversary Ale as the 3rd release in our Brick Mason series. It was a wonderful beer, oak aged in bourbon barrels. It seemed everyone loved it, and we were all very proud of delivering such a successful beer. However, one day someone did the mathÔÇª1993 + 17 yearsÔÇªdoes not equal 2012. Somewhere along the line we lost a couple of years in our anniversary series. We had no idea how that happened, but it reminded us of the story Rip van Winkle, written by Washington Irving.

In this story, the main character, Rip van Winkle fell asleep and woke up twenty years later, having missed the American Revolution, the death of his wife, the marriage of his daughter and the birth of his grandson. Red Brick didn’t quite sleep for 20 years, but ironically 2013 is our 20th anniversary! Needless to say, Red Brick felt a link between our lost years and the sleepy old guy, who we honor in effigy on the Lost Years bottle label and the 4pk carton. So there you have the story behind “The Lost Years”.