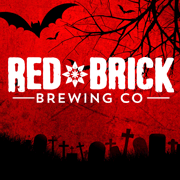 “We needed to maintain brand identity while breathing new life into our image by promoting our move to smaller batch, higher quality brews and a more creative approach to product,” said Tyler Cates, marketing coordinator for Red Brick. “Our ongoing partnership with Creative Mischief and our talented staff have helped provide us with a new direction and unique identity in the craft beer market.”

“We wanted to create a stronger identity for Red Brick through more visually impactful packaging,” said Isham Colosetti, co-founder and creative strategist at Creative Mischief. “New illustrators reflected the brewery’s unique and creative approach to individual beer profiles. At the same time, we refreshed the Red Brick label and established a distinct overall look and feel for the brand and future packaging that would connect with its audience and establish a more sophisticated, identifiable presence.”

Creative Mischief (CM) is a full-service Atlanta-based marketing agency serving the needs of clients throughout the Southeast and nationwide. For the past six years, CM has been working with clients to simplify, engage and inspire – showcasing the best that the South offers through a friendly and direct approach that creates great work for clients and lasting, productive relationships.