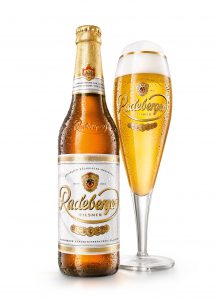 Enjoyed by generations of beer connoisseurs dating back to 1872, Radeberger Pilsner is produced and brewed in the town of Radeberg, Germany near Dresden – known globally as one of the most culturally significant cities in Europe.  The town of Radeberg is in the heart of the original site of the Kingdom of Saxony – an independent and free state in the 1800s, prior to the unification of Germany.  The Saxons were known around the world for their commitment to industry, quality and cultural freedom.

“Radeberger Pilsner has been committed to the quality of its craft for nearly 150 years and today embodies the ‘Culture of Taste’ that recognizes and celebrates others’ commitment to quality and craftsmanship,” said Lisa Gustafson, Senior Brand Manager, Radeberger Gruppe USA.  “For 57 years, The New York Film Festival has been a fixture in New York City and celebrates the best in film and the arts from independent filmmakers around the world.  This partnership is perfectly aligned with our mission of supporting cultural institutions and cultural expression and we’re thrilled be a part of it.”

The 17-day New York Film Festival highlights the best in world cinema, featuring works from celebrated filmmakers as well as fresh new talent. The 57th NYFF will take place from September 27 – October 13, 2019. Tickets are on sale now at filmlinc.org/NYFF2019.

About Film at Lincoln Center

Film at Lincoln Center is dedicated to supporting the art and elevating the craft of cinema and enriching film culture. Film at Lincoln Center fulfills its mission through the programming of festivals, series, retrospectives, and new releases; the publication of Film Comment; the presentation of podcasts, talks, and special events; the creation and implementation of Artist Initiatives; and our Film in Education curriculum and screenings. Since its founding in 1969, this nonprofit organization has brought the celebration of American and international film to the world-renowned arts complex Lincoln Center, making the discussion and appreciation of cinema accessible to a broad audience, and ensuring that it remains an essential art form for years to come.

U.S. House Reps Introduce Bill to Regulate CBD in Food and B...

Director of Self-Distribution - The Fermentoriu...