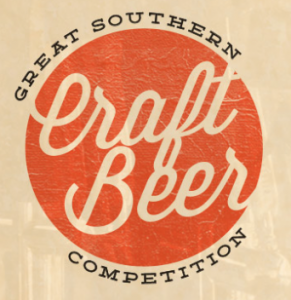 ATLANTA — Following the successful passing of the local ordinance in accordance with the Georgia General Assembly House Bill 99, Publik Draft House (P.D.H) announces its official call for entries for the Great Southern Craft Beer Competition (www.greatsouthernbeercompetition.com). The ordinance authorized and set parameters for the city’s amateur brewing events, such as this contest, which invites southeastern homebrewers to submit their original beers beginning April 1. One winner will take home the suite of grand prizes: $1,000, a feature in Atlanta Magazine and beer distribution at P.D.H. for one year.

“This official homebrew competition is a reality because of strong support from the Atlanta City Council and our district’s representative, Kwanza Hall,” says P.D.H. co-owner Eddie Johnson. “We, in turn, can now support local and talented amateur homebrewers and provide them the opportunity to place their beers on the map with the chance to flow through our taps.”

P.D.H. cites requests from Atlanta’s craft beer community as the primary motive for creating the competition. “We listened to our customers and colleagues who were frustrated that events like these were prohibited,” continues Johnson. “We took action, and this is just a testament to the success that comes from cooperation within the legislative process.”

How to Enter the Competition

The Great Southern Craft Beer Competition entry period begins April 1 and runs through June 1, 2014. Contestants must pay a $10 fee per beer entry and may submit up to three entries. Each entry includes six bottles of the specialty home brew and must be delivered to P.D.H. at 654 Peachtree Street, Atlanta, GA 30308 by June 1. Entries are only eligible when accompanied by the entry form and competition labels found on the website www.greatsouthernbeercompetition.com.

For more information, visit the website or connect at www.twitter.com/BeerDownSouth.

Publik Draft House is an American pub, offering unique menu items, craft beers, specialty cocktails and a distinctive environment. Founded in 2009 by Eddie Johnson, Costanzo Astarita and Mario Maccarrone, the boutique draft house is known for its original menu items, such as the Duck Quesadilla and Venison Sliders, and more traditional fare, such as the Publik House Burger. For more information, including franchising opportunities, visit: www.publikatl.com.