Activation includes unique signage at all Built Ford Tough Series events, where the iconic Pabst Blue Ribbon Tall Boy will be integrated throughout the arena. Professional Bull Riders will also introduce the first “Pabst Blue Ribbon Bull Award,” which will recognize the outstanding bull performance at each event based on athleticism, strength and speed. 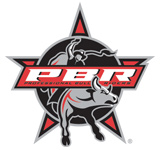 Further, in eight key markets, Pabst Blue Ribbon will host the “Pabst Party Zone,” an exclusive fan experience that will give attendees the opportunity to go behind the scenes with the Professional Bull Riders while enjoying an ice cold Pabst Blue Ribbon, including access to upgraded seating and rider autograph sessions and meet & greets. The Pabst Party Zone will launch the weekend of January 13, 2012, in Anaheim, and continue in Portland, Atlanta, Houston, Arlington, Detroit, San Antonio, and Nashville, with fans being awarded entrance at random after signing up via SMS text and at Pabst Blue Ribbon activities booths.

“For over a century, Pabst Blue Ribbon beer has been an iconic brand with a fiercely loyal consumer base that respects authenticity. The relationship between Pabst Blue Ribbon and Professional Bull Riders connects two American originals like never before,” said Daren Metropoulos, co-owner of Pabst Brewing Company. “We know that bringing together one of the fastest growing beers with one of the fastest growing sports will result in fun and original opportunities for the brand as well as our consumers, and we’re looking forward to that synergy,” said Evan Metropoulos, co-owner of Pabst Brewing Company.

The PBR is the world’s premier bull riding organization. This year marks the 20th anniversary of the founding of the PBR. In just two decades, the dream of 20 bull riders has become a global sports phenomenon that is televised worldwide. More than 100 million viewers annually watch primetime PBR programming on networks around the world including CBS, CBS Sports Network, NBC, NBC Sports Network, and YouTube. The PBR has awarded over $100 million in prize money and 24 riders have earned over $1 million, including Justin McBride with $5.5 million — the most of any western sports athlete in history. Nearly two million fans attend Built Ford Tough Series and Touring Pro Division events each year. For more information on the PBR, go to www.pbr.com, or follow on Facebook at www.facebook.com/TeamPBR and http://twitter.com/TEAMPBR.

Old Milwaukee and Rainier. Pabst Brewing Company is owned by Evan, Daren, and C. Dean Metropoulos, who acquired the company in 2010. For more information, visit www.pabstbrewingco.com or www.pabstblueribbon.com, or follow at www.facebook.com/PBRme and twitter.com/PabstBlueRibbon.