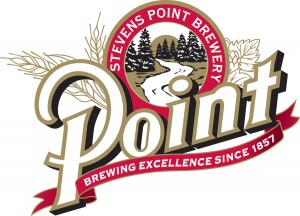 A bold, malty brew, Whole Hog Wee Heavy Scotch Ale is debuting at retail during July in four-packs of 12-ounce bottles wherever Point and Whole Hog beers are sold.

Scotch ales traditionally are very dark and full-bodied with a sweet maltiness and higher alcohol content. The strongest and darkest type is known as ‘wee heavy’ in Scotland; they are the Scottish counterpart to England’s barley wines. “Our Whole Hog Wee Heavy Scotch Ale fits the bill nicely,” Martino said.

Scotch ales traditionally have been rated using a system based on the now-obsolete shilling currency that may have had its origins in long-ago tax rates. The scale starts with lighter-bodied 60-shilling ales and grows progressively fuller-bodied with higher alcohol contents. Whole Hog Wee Heavy is a 120-shilling ale toward the top end of the scale, a ranking that promises a strong full-bodied brew. Brewing Whole Hog Wee Heavy Scotch Ale

Hops are not emphasized in the traditional Scotch ale flavor profile, according to Hopkins. “Wee Heavy Scotch Ale is not a hop-focused beer; it’s more about the malts and full body,” he said, adding that Wee Heavy undergoes are slower fermentation process at a colder-than-normal temperature for ales.

At the top the specialty-beer scale, the Whole Hog Limited Edition beers represent the epitome of the brewmaster’s art. Full-bodied and heavily hopped, they are “big beers” handcrafted in small batches to appeal to the most discerning craft-beer aficionados and round out the Stevens Point Brewery┬╣s specialty portfolio. In addition to Whole Hog Wee Heavy Scotch Ale, the Whole Hog year-round beers include Whole Hog Six-Hop India Pale Ale, an IPA brewed with six varieties of hops from the Pacific Northwest.

Seasonal offerings are Whole Hog Russian Imperial Stout, a strong English stout for the spring; Whole Hog Raspberry Saison, a Belgian-style ale with a hint of raspberry flavor for the summer; Whole Hog Pumpkin Ale for the fall, which won the gold medal in the Pumpkin Beer category at the 2012 Great American Beer Festival and Whole Hog Barley Wine Style Ale, a dark and deep English-style barley wine for the winter months.