Craft brewers are starting to question the safety of an increasingly popular kind of plastic keg following a summer in which those kegs were linked to at least one accidental death and a pair of other explosions at breweries.

On April 24th, a plastic keg being emptied with pressurized air exploded and killed a Portsmouth, N.H. Redhook Brewery worker. Since then, complaints and warnings about the safety of plastic kegs — specifically those manufactured and sold by Plastic Kegs America (PKA) – have become the subject of discussion in industry forums, including two explosions during cleaning, one at the Marble Brewery in Albuquerque, New Mexico and another at the Mt. Pleasant Brewing Co. in Mt. Pleasant, Mich.

The main organization representing the craft beer industry, The Brewers Association, is starting to ask questions as well. The BA has undertaken an outreach initiative to the keg industry in an effort to understand more clearly the industry-wide standards regarding the safe operation of kegs and pressurized containers. On July 20, after receiving a number of failure reports about kegs manufactured by PKA, the association began requesting individual company standards and manufacturing information concerning pressurized containers. It is also asking its members to report any issues of keg failures.

The safety concerns about the plastic containers, which are manufactured by multiple suppliers, come at a time when many startup craft brewers have begun to employ them because they are less expensive than metal kegs.

But those plastic kegs are not designed to withstand as much pressure as stainless steel: PKA literature warns that the kegs will explode if they are pressurized internally past 90 pounds of pressure per square inch (PSI). Stainless steel kegs have been tested in the past by the American Society of Mechanical Engineers, which determined them to be capable of withstanding internal pressures of up to 600 PSI.

In the case of both metal and plastic kegs, the maximum “working pressure” is 60 PSI; warnings are printed on the side of all kegs that indicate a variety of maximum working pressures that are typically lower than 60 PSI. 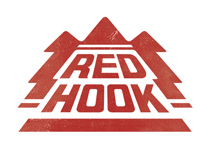 Following the Red Hook explosion, Jeff Gunn, the president of IDD Process & Packaging – a leading supplier of Sankey Keg packaging systems, began to warn brewers about what he perceived as safety issues with plastic containers.

“I think they are totally unreliable,” Gunn told Brewbound.com. “There is no way of telling what pressure they will burst at.”

Gunn is an industry veteran with 50 years of experience in manufacturing kegging equipment. He was part of the team that developed the original stainless steel Sankey Keg in the U.K. in the early 1960’s, although that keg filling system is now used for both steel and plastic kegs.

PKA founder Simon Wheaton says he believes that the 125,000 kegs made by his company that are currently in circulation are safe, and that user error might be to blame.

“They (plastic kegs) are safe,” Wheaton said. “I think people should know all of the facts before leaping to any conclusions. These kegs are being put under higher pressures than they should be.” 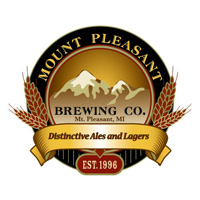 That may have been the case with a keg explosion described by the owner of the Mt. Pleasant Brewing Company, earlier this month in an online forum hosted on the Brewers Association web site. According to brewery owner Jim Holton:

“On August 6, 2012 Mt. Pleasant Brewing Co staff were in the process of washing a 1/6 bbl plastic keg manufactured by Plastic Kegs America (PKA). During this cleaning process a loud explosion was heard at which point the 1/6 bbl separated at its seam driving the bottom down into the cleaning machine and the top portion hitting the ceiling 20′ high. Upon investigation we found that there was a failure on our O2 pressure reducing valve causing the pressure in the 1/6 bbl to possibly rise up to 100psi. We don’t have the exact measurement if it did get to 100 psi but that is the maximum output of our air compressor. No injuries were sustained from this incident.”

Holton later confirmed the story, telling Brewbound.com “We got lucky. If someone had been standing over that keg when it exploded, they would have been killed.”

While there is evidence that the keg may have been accidentally overpressurized in the case of Holton’s company, in the case of Albuquerque’s Marble Brewery, the story indicates that there wasn’t a problem on the cleaning line with regard to recommended operating pressures. 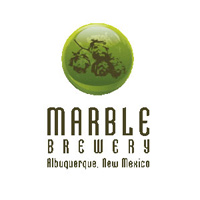 There, John Gozigian, Marble’s co-founder, recently wrote in a Brewers Association forum, one of a shipment of “brand new” plastic kegs failed at the seam weld during washing, causing it to burst “with enough force to send the bottom half of the keg to the height of the 14’ brewery ceiling. Thankfully, no one was injured as a result of this failure.”

Gozigian said there were no improper procedures or operator errors in his message, stating that ”the keg failed at the very end of the wash cycle when the keg pressurizes to 30 PSI with CO2,” that the company had verified the keg washer’s pressure settings and had tested other kegs that had gone through the same procedure.

“A random test of kegs,” he wrote, “showed actual pressures to be at less than 30 PSI.”

Neither incident rises to the tragic level of the Red Hook explosion. There, Ben Harris, 26, was killed while emptying a plastic keg that had been accidentally returned to the brewery. The maker of that keg, which, while being pressurized, reportedly split in two at the middle seam and exploded, has not yet been publicly identified. Red Hook has said it has communicated with the company that it believes was the manufacturer. PKA has also inquired about the potential that one of its kegs was involved.

Despite the reports and complaints, Wheaton said, his customers are still buying.

“We have a significant amount of customers who re-order on a regular basis,” he said. “They must be satisfied with the commercial return they are getting from plastic kegs. From their perspective they must be reliable.”

One man who is reconsidering that reliability, however, is Mt. Pleasant’s owner. Jim Holton said that cost savings were the primary reason his company has purchased more than 2,000 plastic kegs from PKA, but that the company was now looking into switching to stainless steel.

“The gentleman getting killed in New Hampshire cannot happen again,” he said. “In my mind, I think it will happen again if brewers aren’t cautious. It’s not if, it’s when.”