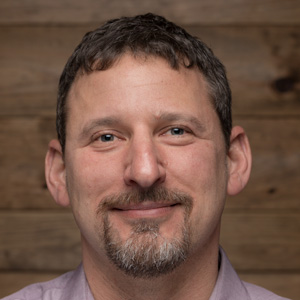 As Editor-in-Chief of BevNET, Jeff Klineman oversees the organization's reporting across all of its web sites, as well as BevNET Magazine. Jeff also plans, curates, and hosts the BevNET Live and NOSH Live conferences. Jeff previously worked as a newspaper reporter for the Lawrence Eagle-Tribune, the Boston TAB and the Metrowest Daily News, and has freelanced for publications like Slate, Boston Magazine, Self, George, Commonwealth, and the Chronicle of Philanthropy. He is a graduate of Yale University and Columbia University’s Graduate School of Journalism. A frequently-cited expert on the beverage industry, Jeff has also twice been named in Forbes as one of the 25 Most Influential when it comes to Consumer and Retail Companies.

Spirits and Mexican import beer giant Constellation Brands put its official stamp of interest on the trend by investing in HOP WTR, an emerging brand of zero-calorie sparkling water infused with the fruity bittering agents as well as some on-trend functional or adaptogenic ingredients like L-Theanine (potentially providing relaxation and focus) and Ashwagandha (a purported stress reliever).

Former Anheuser-Busch Beyond Beer vice president Randy Ornstein is moving to the retailer side of the desk, taking a job with convenience store delivery company goPuff. Ornstein will be goPuff’s director of alcohol, he confirmed to Brewbound.

A growing number of craft beer drinkers would describe themselves as being “health-conscious” and are interested in striking a balance between regular alcohol consumption and routine exercise, according to a new survey jointly developed by Nielsen, The Harris Poll and Brewbound. According to the study — which surveyed nearly 1,400 respondents who drink alcoholic beverages several times per month — 60 percent of millennial craft beer drinkers (those who consume at least one beer per month) said they only drink alcohol on the weekends, while 44 percent of millennial monthly craft drinkers said they take time off from drinking entirely in order to maintain a healthy lifestyle.

The research also features the stunning revelation that “This year, brewers and beer importers hope to see beer again be the top choice for Americans celebrating the occasion.”

Lucky Hawkeyes! Wonder if they’ll get The Abyss? Meanwhile, here’s a job that a lot of craft breweries won’t cop to having: “Expansion Manager.”

We don’t really care that it’s a repost. Sometimes, you’ve gotta do what you can to get through to the end of “Humpday.”

In an editorial broadside launched both in print and online, the Brewers Association lashed out at “crafty” beers produced by international brewing conglomerates yesterday as part of what the BA promises will be a long battle to increase consumer awareness of the definition of craft beer.

Craft brewers have had a great time in the past decade as the public’s excitement over their products has led to a massive increase in demand. But with that growth has comes the need for more capacity. For many early stage companies, that has meant adding additional fermentation tanks, purchasing larger brewhouses, even expanding into… Read more »

He’s a former executive at Hoyt Cinemas and Disney, among other places, but if you ask BevMo! CEO Alan Johnson where the big show is these days he’s happy to tell you that it’s in the beer aisles of his stores. The company recently announced it was opening its 119thoutlet in City of Industry, California… Read more »

Craft brewers are starting to question the safety of an increasingly popular kind of plastic keg following a summer in which those kegs were linked to at least one accidental death and a pair of other explosions at breweries. On April 24th, a plastic keg being emptied with pressurized air exploded and killed a Portsmouth,… Read more »

Heineken is going long on hard cider. The Dutch brewing giant has bought the rights to make and distribute #2 brand, the U.K.’s Strongbow Cider, in the U.S. from Vermont Cider Co., the maker of Woodchuck. According to the Wall Street Journal, Strongbow owns almost 12 percent of the U.S. cider market, and Woodchuck about… Read more »

Looks like Stone Brewing Co. is trying to set a record for getting products into and out of the market by taking Budweiser’s old “born-on dating” idea and turning it on its head — and putting the expiration date into the name of the product.

It’s been a month of big changes for New York’s small brewers; two weeks ago, Governor Andrew Cuomo traveled to the Matt Brewery in Utica to sign a law that created a special tax designation for farmer/brewers in the state. But the bigger news took place late last night, according to the New York Brewers… Read more »

To take a look at the conundrum of craft beer branding, one need look no further than the Men’s Room. Beg Pardon? Stay with me. Here we go. Men’s Room Red is a beer made by Seattle’s Elysian Brewing. Elysian is a 19,000 barrel-per-year brewing company that began in 1996 as a single brewpub;