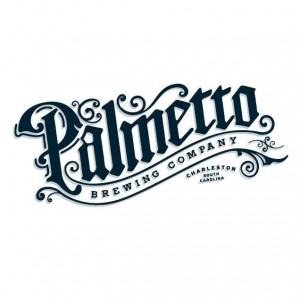 CHARLESTON, SC — In January 2014, Charleston’s Palmetto Brewing Company broke ground to revamp their 20-year-old facility in downtown Charleston. After nearly a year of construction, the brewery opens its doors to the public for tours and tastings this week.

Palmetto Brewing Company offers tours and tastings Tuesday to Sunday at varying times each day. During normal operating hours, patrons can join in-depth tours by making reservations in advance via email, or in person on a first-come, first-serve basis.

The brewery’s new tasting room features 12 taps offering a selection of four classic Palmetto brews, seasonal releases, and, currently, soda from Charleston’s Cannonborough Soda Company for a beer and soda “shandy” cocktail. At the tasting room bar, visitors can drink up to 48 ounces of beer per visit and can choose between an eight-ounce “taster”, 16-ounce pint, or a wooden “palate” of four eight ounce “tasters”—Palmetto’s interpretation of a beer flight. Visitors can purchase and refill growlers on-site alongside six-packs of classic flavors and browse the new retail area for hats, t-shirts, and pint glasses.

Palmetto Brewing Company also added new brewing equipment to increase beer production and distribution levels to an anticipated 8,000 barrels per year, up from their previous yearly production of 6,000 barrels. Their small and mighty staff processes up to seven beers at any given time, seeing the process through to its final stages of filling kegs or bottling and boxing beers. The brewery consistently offers four time-honored brews: Amber Ale, Pale Ale, Espresso Porter, and Charleston Lager, plus special seasonal releases like Fall 2013’s Ginger Slap Pale Ale, and July 2014’s Hootie’s Homegrown Ale, which is the brewery’s first collaborative effort with Hootie & the Blowfish and Tampa, Florida’s Cigar City Brewing Company.

A new, draught-only “843 Series” will soon debut at the tasting room, named after Palmetto Brewing Company’s hometown area code. Flavors will be revealed monthly — some completely new creations, others, cult classic revivals, but each with a special tie to the Lowcountry or the season of its release.

Palmetto Brewing Company opened its doors in 1993, led by Ed Falkenstein and Louis Bruce. The two friends took regular windsurfing trips to Hood River, OR, and frequented the local microbrewery, Full Sail Brewery. Inspired by craft beer in the American West, Falkenstein and Bruce quit their day jobs to open the first craft brewery in the state of South Carolina. A trailblazer in the craft beer landscape, and fixture in downtown Charleston, SC, Palmetto Brewing Company has withstood the test of time to evolve into the new community gathering place that stands today.