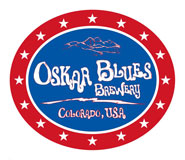 LONGMONT, CO – Oskar Blues’ Ten FIDY fans are cheering because the famed winter seasonal will be back on shelves a month earlier than last year. Ten FIDY continues to be primed with its latest accolade, named in the Top 51 “Best of the Best Beers” in Beer Magazine’s October issue.

The genre bending canned beer that has bulldozed beer connoisseurs began canning Ten FIDY on Monday! It will be available earlier than expected on October 1, 2011. This titanic, immensely viscous stout is 10% ABV, loaded with inimitable flavors of chocolate-covered caramel and coffee that hide a hefty 98 IBUs underneath the smooth blanket of malt. Get your orders in for first dibs.

Oskar Blues head brewer Dave Chichura lets it be known “Ten FIDY is no walk in the park to create; it’s a labor intensive beer.” Ten FIDY’s gargantuan grain bill is just short of 50 percent specialty malts that are packaged in 55 pound bags and loaded into the mill by hand. The many bags of oats are poured directly into the mash tun. Oats and rice hulls are lugged up the 20-odd stairs to the top of the brew-deck to be placed near the mash tun. “We aren’t mashing it with a computer from a comfy control room. It takes hands-on craft brewing to make a big ‘ole can of eat-it-with-a-fork stout,” said Chichura.

In addition to this year’s Beer Magazine Top 51 list, Ten FIDY has been tagged with accolades that nearly stand up to the viscosity of the behemoth in a can:

Set in the heart of Colorado craft beer country, Oskar Blues Brewery in Lyons began canning its beers in November of 2002 with a hand-canning line in the 60- year-old barn next door to their funky little brewpub. Although it’s now a full- throttle canning operation that is quickly expanding its cult-like following across the nation, Oskar Blues remains true to its original mission of simply blowing minds with what can come out of a can of beer.