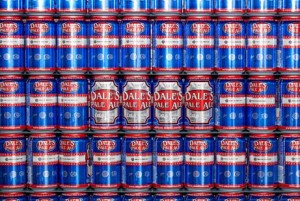 Longmont, CO.,— Oskar Blues has announced the launch of the Greater Minneapolis/St. Paul markets in the great state of Minnesota and will partner with the Original Gravity group of distributors consisting of Capitol Beverage Sales, Thorpe Distributing, College City Beverage and C&L Distributing.

“Ultimately, the OG group was a great fit for Oskar Blues and we’re confident in their ability to dig deep in their markets and effectively grow the full portfolio of OB brands for many years to come. The decision was not an easy one as there were several strong potential partners in the mix” says Oskar Blues Business Development Director Chris Russell.

The launch is targeted for late January and early February and will be kicked off at the Beer Dabbler Winter Carnival on January 25th. What better way to celebrate than sampling outside with 150 other brewers around, live music, gourmet food from local food trucks and carts, a homebrew contest, Silent Disco & attempt at the world’s largest snow ball fight.

The 10,000 Lakes Region is a great fit for Oskar Blues’ passion for the outdoors, music, craft beer & their line-up of complex craft beer-in-a-can. Oskar Blues will launch by building on and off premise distribution with the full line-up of craft CAN packages. Draft offerings are set to follow in the early spring of 2014.