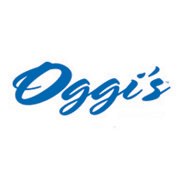 San Clemente, CA—Oggi’s Pizza & Brewing Co. claimed a silver award in the 2014 World Beer Cup, a global beer competition that evaluates beers from around the world and recognizes the most outstanding brewers and their beers.

Gold, silver and bronze awards in the competition’s 94 beer style categories were presented April 11, 2014 during the World Beer Cup award ceremony at the Hyatt Regency in Denver, Colorado.

Oggi’s Pizza & Brewing Co. was awarded a silver award in the Wood & Barrel Age Beer category for its Barrel Age Scottish Ale, a rich, malty Scottish-style Export Ale brewed with small amounts of dark grains for color and flavor. By mashing in at a higher temperature, the beer receives a hint of sweetness. A small amount of hops are used to keep the bitterness low. It is then aged in brand new Char #3 American Oak Barrels. Left Coast Brewing Co. is the head quarters for all Oggi’s Franchise beers. Left Coast is a 10,000-bbl microbrewery, located in San Clemente, CA, that specializes in big hoppy beers, robust stouts and amazing lagers. It also brews the full time beers for all the Oggi’s Pizza restaurants around Southern California. Oggi’s is a sports themed micro brewery with amazing pizza, pasta, salads and more. You can find locations at www.oggis.com.

“I am so proud of our team here at Left Coast. They have emphasized so much on the quality of our barrel program” said Tommy Hadjis, General Manager at Left Coast Brewing Co.

World Beer Cup winners were selected by an international panel of 219 beer judges from 31 countries. Regarded as the “Olympics of Beer Competition,” the World Beer Cup saw an impressive field of 4,754 entries from 1,403 breweries in 58 countries.

Presented by the Brewers Association, the World Beer Cup has been held every other year since 1996, to celebrate the art and science of brewing by recognizing outstanding achievement. For more additional information, visit the World Beer Cup website.