FORT COLLINS, CO – On May 26, 2012 Odell Brewing will host its fourth Small Batch Festival. The event, which drew around 3000 people last year, is a celebration of Odell Brewing beers and local music and food.

“Small Batch is the brewery’s way of saying thanks to our amazing community,” said event coordinator Adam D’Antonio. “It’s about sharing our creative brews and just having a good time with friends and family.”

Odell Brewing will feature at least 20 unique beers including its year round favorites as well as limited release Pilot Brews like Wooden Elephant, Coconut Porter, and one selected by the brewery’s Facebook fans. The brewery has partnered with SpokesBuzz, a Fort Collins grassroots music nonprofit, for the entertainment lineup which includes Justin Roth, Constitution, and Musketeer Gripweed. Event goers will also be able to purchase tasty local eats from Choice City Butcher, Cozzolas Pizza, and Moe’s Bar B Que.

This year, Odell Brewing will also award a portion of the event’s proceeds to one local non-profit organization. Charities can apply for the grant on the brewery’s website through April 27th, and the selected organization will be announced on May 1st.

The Small Batch Festival is Saturday May 26th, from 3:00 p.m. — 7:00 p.m. Entry is free, and beer tokens are $4. Guests are encouraged to ride their bikes as parking will be limited. For more information, please visit http://odellbrewing.com/about/small-batch-festival. 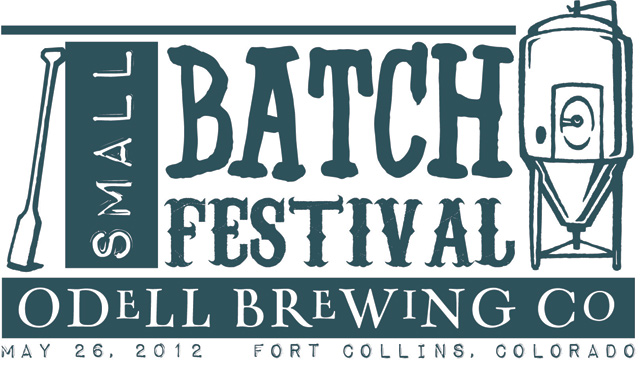 Founded in 1989, Odell Brewing was started by Doug Odell, his wife Wynne, and his sister Corkie. Twenty-three years later, the culture of family and collaboration still thrives fostering a brewery full of beer-centric people. It is this passion for beer that inspires Odell Brewing to create quality, hand-crafted, innovative brews. As a regional craft brewery, Odell Brewing is committed to serving the communities in which it distributes by sourcing local raw materials, and through its charitable giving program known as Odell Outreach. Odell Brewing was recently named a “Top Company of 2010” by ColoradoBiz Magazine and is an award winning brewery, nationally and internationally: 2011 Great American Beer Festival┬« – gold medal for Friek. 2010 North American Beer Awards — gold medal for Woodcut No. 3. 2009 BrewNZ Awards — gold for 5 Barrel Pale Ale. 2008 World Beer Cup┬« — gold for IPA. 2007 Great American Beer Festival┬« — gold medal for IPA.