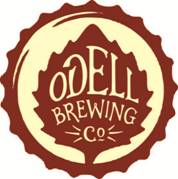 FORT COLLINS, CO. — On April 4, 2011 Colorado’s Odell Brewing Company will begin selling its hand crafted beers in Idaho, which will be the 10th state in the brewery’s distribution region.

Odell Brewing has partnered with Stein Distributing in Boise, Watkins Distributing in Idaho Falls, King Beverage in Lewiston and Centennial Distributing in Coeur d’Alene. The initial launch will include 90 Shilling, IPA, Cutthroat Porter, Myrcenary Double IPA, as well as the brewery’s Seasonal brands.

“We are very excited to enter the Idaho market,” said Eric Smith, Director of Sales and Marketing for Odell Brewing. “There is an up-and-coming craft beer culture in the state, and we look forward to contributing to that enthusiasm with our unique offerings.”

Odell Brewing co-workers, including founder Doug Odell, will travel to Idaho beginning April 4th to celebrate the launch with a weeklong series of fun events throughout the state. A list of these events can be found on the brewery’s website.