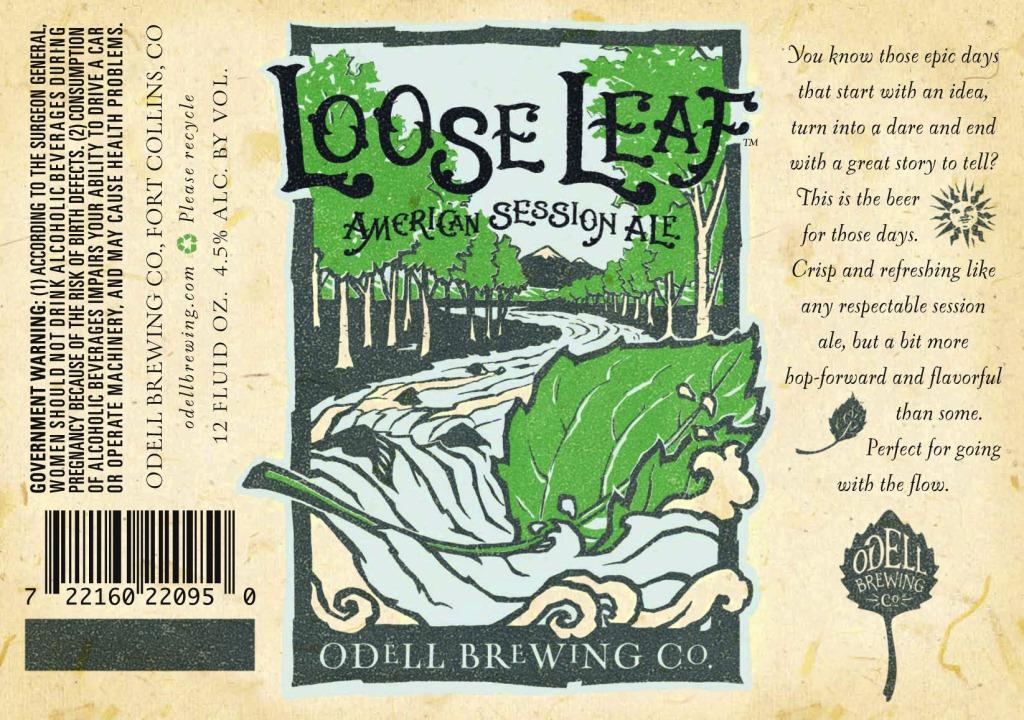 Loose Leaf was developed on the brewery’s five barrel pilot system. The Odell brewers wanted to create a beer that was lighter in color, lower in alcohol content, but also flavorful and distinct. The final recipe is crisp and balanced with lower IBU’s and a bright hop aroma. At 4.5% ABV, it’s delicate and refreshingly drinkable with a clean finish.

The brewery plans to issue three different versions of Montage mirroring its seasonal release schedule. Each edition of the variety pack will include brewery favorites 90 Shilling and IPA, the current seasonal offering as well as a new limited release pilot system inspired brew.

“Montage gives our brewers a new avenue to share their innovations,” said Eric Smith, Director of Sales & Marketing for Odell Brewing. “Not only does it include our flagship offerings, but it also gives us the opportunity to share our seasonal brews, and it extends our creative pilot system inspired offerings beyond the brewery walls.”

Odell Brewing will release Montage initially just in Colorado in May. The brewery will continue to launch the package in its other markets beginning in June. The brewery plans to celebrate the release with a special Loose Leaf tapping during the weekend of May 10th.

Loose Leaf American Session Ale will also be available on draft exclusively at all Colorado Old Chicago locations during the week of May 13th — 19th as part of a special American Craft Beer Week┬« – Odell Brewing tap takeover.